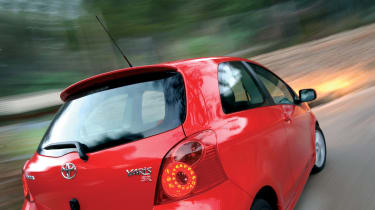 If evo had been around in the mid-’80s, you’d be looking at Vauxhall’s Nova SR. You’d learn how it bridged the gap between the borrowed-it-from-mum basic models and the forthcoming can’t-afford-the-insurance GTE. Wind the clock forward to 2007 and nothing’s changed, except the SR in question is now a Yaris rather than a Nova.

Despite the T Sport name earning a reputation for pocket-sized thrills with the old Yaris, it’s been phased out for the new car. No matter, with its new 1.8-litre engine delivering a modest 131bhp, the SR is clearly made of similar warm-hatch stuff.

With Dual VVT-i varying both intake and exhaust valve timing to produce optimum performance and economy, the engine is everything you would expect from Toyota. Unfortunately, that isn’t necessarily a good thing for the SR. In any gear, the four-cylinder unit drones with all the enthusiasm of an Avensis, needing to be pushed hard to get the best from it. Lacking in low-down torque, performance is only really worthy above 4000rpm.

Chuck the Yaris into a corner and it responds obediently, tucking in as you lift off and pushing wide as you apply more throttle. Stiffer anti-roll bars have been fitted, while dampers have been sharpened and 8mm shaved off the ride height. Yet, strangely, the SR offers the kind of handling you would expect from a standard Yaris; a performance model really should raise the bar further. It’s also a shame that Toyota has engineered the SR’s stability control to play such an active role, especially as it can’t be switched off.

At £12,995 the Toyota isn’t attempting to compete with the likes of the Clio 197, but it’s still got tough budget competition in the shape of the Suzuki Swift Sport, Fiat Panda 100HP and the recently introduced Clio 138 (see right). Certainly, the SR is a capable and affordable all-rounder, but what we really need is a Yaris GTE… 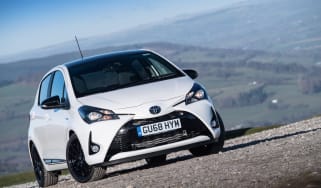 GRMN suspension and tyres, but no power boost for sporty hybrid supermini
Visit/toyota/yaris/19695/new-toyota-yaris-grmn-review-pricey-but-potent-debut-for-gazoo-racing-brand 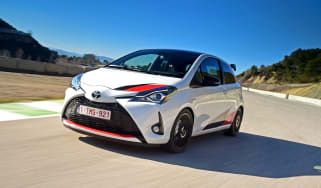 An endearing effort with much to appeal to the enthusiast driver. Flawed, yes, and undoubtedly expensive, it’s still a promising start
Visit/toyota/yaris/18599/toyota-yaris-grmn-will-make-uk-debut-at-carfest-north 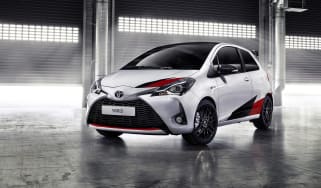 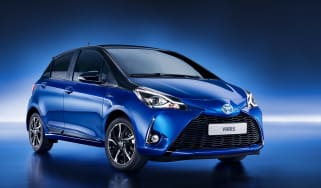 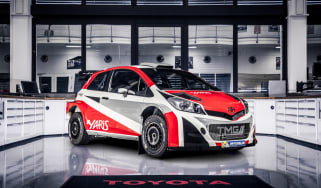 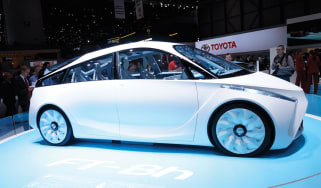 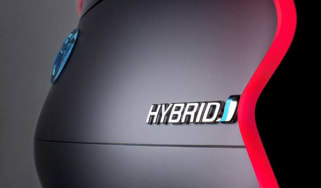 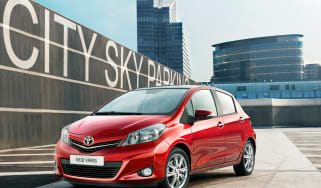