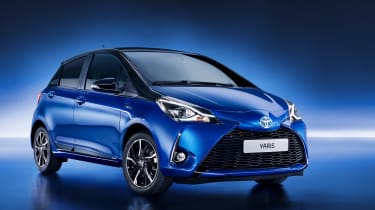 Toyota has revealed a heavily revised version of its Yaris hatchback for 2017, featuring a new 1.5 petrol engine and, more interestingly, a 210bhp Gazoo Racing hot hatch variant. Redesigned by Toyota’s European design team, the new Yaris employs new front and rear styling to bring the ageing model into line with the rest of the Toyota line up.

The new 2017 Toyota Yaris also introduces an all-new 1.5 naturally aspirated 4-cylinder petrol engine, replacing the old 1.33-litre unit. Unlike similar units in many rivals, the new 110bhp 1.5 banishes turbocharging for a clever VVT-iE system, and the ability to switch between Otto and Atkinson cycles to optimise efficiency and performance. This means the new engine should not only outperform the old engine in the sprint to 60mph (by 0.8 seconds), but also return a reduction in fuel consumption of 12%. 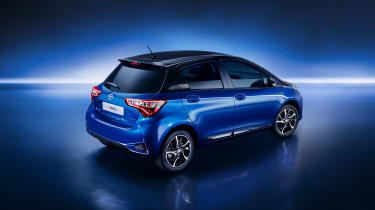 But if you really want a Yaris that will set your hair alight, Toyota also plans on launching a 210bhp Gazoo Racing hot hatch model, giving the brand a rival for the Ford Fiesta ST and Peugeot 208 GTi, while simultaneously connecting the Yaris more closely with the wild-looking Gazoo Racing Yaris WRC car, which recently made its racing debut at this year's Monte Carlo Rally.

The new 2017 Yaris will be shown off at this year’s Geneva Motor Show, which is when we should get a better idea of UK prices and specifications.