MAT Lancia Stratos to get a manual gearbox option 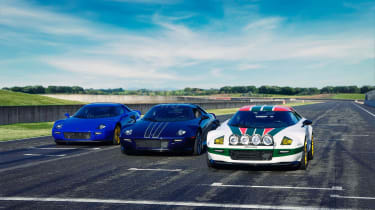 Following the reveal of its production version of the New Stratos at last year’s Geneva motor show, this year Italian coachbuilder MAT (Manifattura Automobili Torino) is set to reveal a variant of the car with a manual gearbox. Just 25 examples of the New Stratos will be built by MAT, whose previous work includes the Glickenhaus SCG003C race car and P4/5 Competizione Mark III.

Details about the wedge-shaped Italian sports car are still scarce, but rumours suggest it will follow the same template set by the Pininfarina-built concept that evo drove back in 2011. That car had its major components donated by a Ferrari 430 Scuderia, including its chassis and 4.3-litre flat-plane-crank V8 engine. From where the manual transmission has been sourced has yet to be announced. However, we’d imagine the unit from a non-Scuderia F430 will be used for compatibility.

The New Stratos was originally commissioned by German businessman Michael Stoschek and created by Pininfarina. However, the project was shelved in 2011 after Ferrari reportedly refused Pininfarina permission to create a proposed limited run of production cars. Those behind the project issued a statement at the time: ‘Pininfarina has advised us that they will only carry out construction of a limited run with the express permission of Ferrari. Despite [then] Ferrari president Luca di Montezemolo’s excellent assessment of the New Stratos after his test drive at Fiorano, Ferrari does not consent to construction of the planned limited run.’ 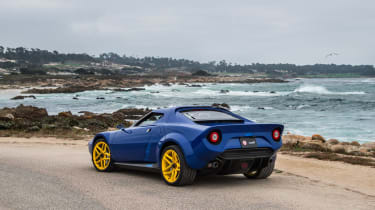 Last year MAT announced that it would pick up where Pininfarina left off and build a run of 25 cars. On the subject of the project today, an MAT spokesperson said: ‘The base platform that MAT will use will allow the creation of a GT racer, a Safari version and a competent supercar for the daily use.’ Michael Stoschek added, ‘I am delighted that other passionate car enthusiasts will be able to experience how the successor to the most fascinating rally car of the 1970s still sets the bar for design and performance’.

Should you want one, you’ll need to source a standard F430 or 430 Scuderia and provide approximately £440,000 for the conversion itself. Not cheap, then.

For our full in-depth drive and rundown on the Stratos remake click here.