Pictures and report from the Goodwood of the North, the 2011 Cholmondeley Pageant of Power 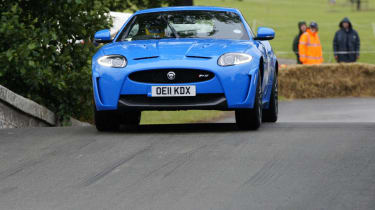 The 2011 Cholmondeley Pageant of Power took place over the weekend.

Like a Goodwood Festival of Speed for the north of England, the Cheshire event boasts a vast array of performance and racing cars and bikes, classic and modern, while helicopters, aerobatics, military combat displays, powerboats and hovercrafts also appear.

Rally fans were well served, too, with a Martini-liveried Lancia Delta Integrale and Fulvia, a Ford RS200 and Escort RS1800, Mini Cooper S and Audi Quattro all present.Click here for a gallery of images from the Pageant's 1st day