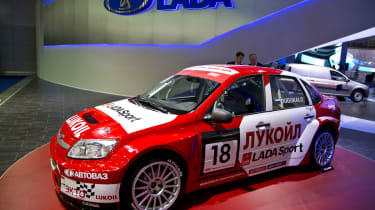 A number of car manufacturers have unveiled new cars at the Moscow motor show, with many tailored specifically for the Russian market where big-engined saloons and SUVs still sell in large numbers.

Mazda unveiled its all-new 6, which will go on sale around the world later this year. Land Rover also pulled the covers off a mildly facelifted Freelander.