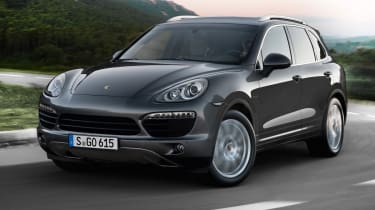 Porsche has revealed a new Cayenne variant, the twin-turbo V8 diesel – the most torquey Cayenne ever produced. In fact, with 382bhp and 626lb ft, it’s one of the torquiest cars on the road.

Called the Cayenne S Diesel, the new model will be launched at the Paris motor show later this month. Power matches the smaller-engined tri-turbo X6 M50d, but the Porsche packs considerably more punch in the torque department – 80 lb ft more to be precise.

Porsche claims that the Cayenne will do the 0-62mph sprint in 5.7secs, onto a top speed of 157mph. The S Diesel is apparently capable of 34.0mpg fuel consumption with emissions of 218 g/km CO2 – managing over 745miles on a single tank.