Development is still underway on the next generation 'Z' series 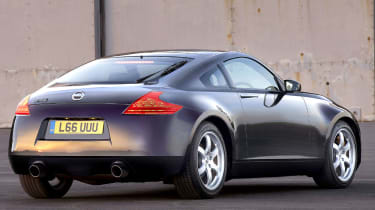 The Nissan 350Z was supposed to get a huge performance upgrade for the 2009 model year. But the car has taken a backseat to other more important models in the Nissan model range. While the Japanese company is busy planning a hybrid line-up, small sports coupe and the launch of the Nissan GT-R, Nissan has pushed back the next-generation Z. However, on the cards for the next-generation Z is a brand-new design. Scheduled for a release in 2010 as as 2011 model, performance will be upgraded by 30 horsepower as the Infiniti G37’s 3.7-litre V6, 330 horsepower engine will find its way under the hood of the next-generation Z. The car will be called the Nissan 370Z and will be on the market in late 2010.