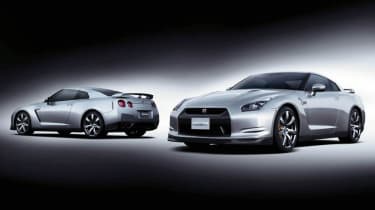 Nissan has taken an updated GT-R to the Tokyo motor show, two years after the car's Far Eastern launch.

Don’t get too excited, though, as the changes are definitely on the minimal side. There’s mildly tweaked suspension, designed to increase ride comfort without affecting handling and roadholding. The front shocks and springs have been stiffened while the rear suspension has been strengthened a tad.

Visually, the only change sees the rear diffuser and cooling ducts from the SpecV being applied to the standard car, while both models have a tweaked catalyst system to improve low and mid-range throttle response.