The latest GT-R impresses, but it’s far from being the most spectacular car to wear the nameplate 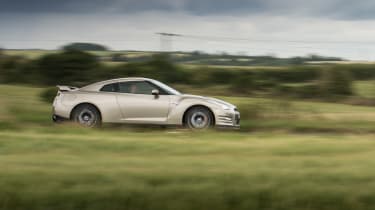 The Nissan GT-R 45th Anniversary is the newest special-edition of the model to go on sale. As the latest development of the ever-evolving GT-R owners shouldn’t feel too hard done-by – new is the Champagne Gold paintwork, evoking the identical shade of the R34-generation Skyline GT-R M-Spec, but otherwise little differentiates it from the standard car.

Inside, there’s black trim and a numbered plaque. Only five will reach the UK – and at only £1700 more than a regular GT-R, the 45th Anniversary model isn’t bad value.

The GT-R has a long and illustrious history though, as indicated by the nameplate’s 45 years. In addition to the very latest special-edition anniversary GT-R, we’ve selected eight other models that demonstrate the GT-R’s potential throughout the years. 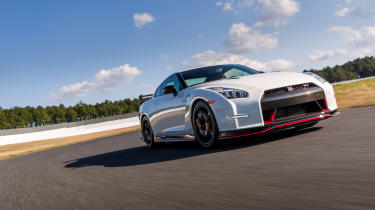 The Nismo GT-R might cost significantly more than the standard car at £125,000, though in its defense you do get a lot more than the 542bhp of standard R35 GT-Rs. Notably, a 591bhp output, and square-jawed bodywork that carries all Nismo’s race-inspired cues.

Visually, there’s a deep front splitter under a revised bumper, low side skirts, a large spoiler atop the bootlid and a distinctive rear diffuser. The overall appearance is raw, accentuated by Nismo’s dashes of red paintwork. The upshot is a 7:08.679 lap of the Nurburgring Nordschleife – beaten only by the latest generation of hypercars. 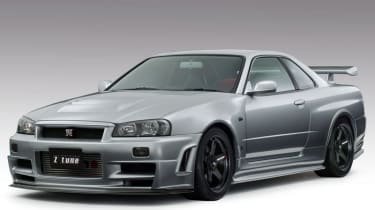 The R35 Nismo is far from being Nissan Motorsport’s first dabble with the skyline and GT-R nameplates. In 2004 it launched the GT-R Nismo Z-Tune. Originally conceived to win a GT-R ‘tuner battle’, Nismo then developed it to be suitable for road users too.

The RB26DETT inline-six engine was heavily modified with new camshafts, a bored-out engine block (2.8 litres, from 2.6), a long-stroke crankshaft, lightweight forged pistons, uprated turbocharger and more. Power jumped from the standard 276bhp to 493bhp, tamed by Z-tune suspension, increased chassis welding and new wheels, tyres and brakes. Just 20 were ever made. 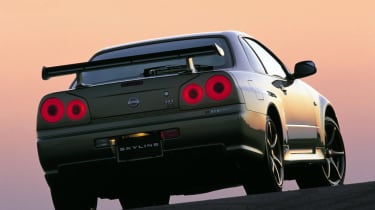 Compared to the Nismo Z-tune, the 2002 R34-generation M-spec Nur seems almost tame. But that ‘M’, and the three-letter suffix, give a clue as to its importance. M stands for Mizuno, Nissan’s chief engineer at the time, while ‘Nur’ referred to the Nurburgring, where the R34 was developed.

Special editions litter the R34 GT-R’s past, but as the very last version produced, and with only 250 ever made, the M-spec Nur has its own special place in GT-R history. And the colour? The same gold you'll find on the modern 45th. 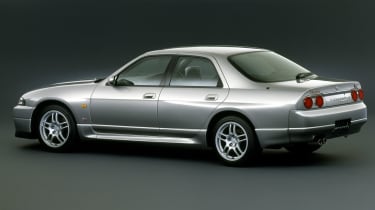 Your eyes aren’t deceiving you – this really is a four-door Nissan Skyline GT-R. There’s nothing unusual about a four-door Skyline on its own – while the GT-R coupe models are best-known, the Skyline nameplate has long been attached to regular, albeit sporty saloons.

But it took tuning house Autech to create this officially-sanctioned R33 GT-R saloon in 1998, celebrating the Skyline’s 40th birthday. Autech transferred the GT-R coupe’s running gear, including its ATTESA-ETS torque-split system, and clothed it in a beefed-up saloon shell. Autech even blistered the rear wheel arches (and the doors) to match the coupe version. 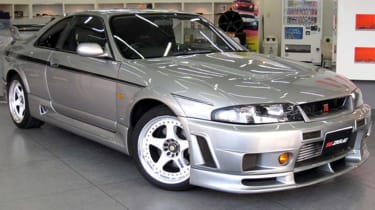 The 400R of 1996 is perhaps Nismo’s most famous model, if only for its continued inclusion in the Gran Turismo video game series. Once the absolute peak of GT-R development, its bare numbers no longer shock – but back in 1996 the 400R was mighty.

As the name suggests, the inline-six was fettled to a 400PS output (395bhp), thanks in part to a capacity increase – 2771cc from 2568, and a new turbocharger with higher boost pressure. Torque also rose, now 346lb ft from 260lb ft. Other Nismo-specific parts included a carbon driveshaft, reinforced engine mounts, and a full aero kit with decals. 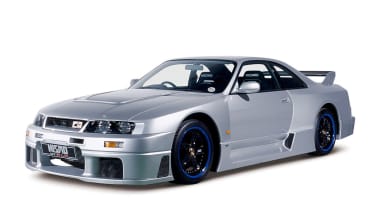 Type ‘Nismo GT-R LM’ into a search engine prior to 2014 and you’d have found details not on the groundbreaking front-wheel drive Le Mans car designed by Ben Bowlby, but the most aggressive R33 Skyline GT-R ever produced for the road.

A homologation special, it was created solely so Nissan could contest the 1996 Le Mans 24 Hours in a similar vehicle. A full production run was never built, and due to its one-off nature, the bare figures were little more than those of the production R33 GT-R – just 300bhp, 275lb ft and a road-car-style kerbweight of 1580kg. 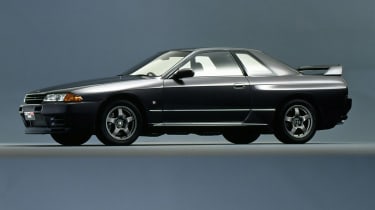 Nismo had started in 1984, but the R32 Skyline GT-R Nismo of 1990 is where the firm really made its mark. The aim was purely homologation-related – aero tweaks to the Nismo allowed similar modifications to be made for Group A specification cars – the kind that saw Nissan dominate Australian Touring Car racing in the early 1990s.

560 were built, with sixty of those held by Nissan to turn into race cars. Road cars were painted solely in gunmetal grey, boasting extra cooling for the intercooler and an extra boot lip spoiler for additional downforce. 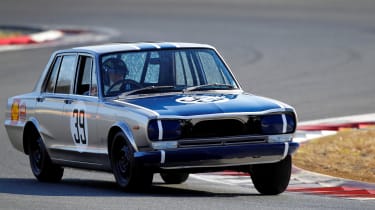 Not a special edition as such, but it’s hard to complete a list of significant Nissan GT-Rs without including the model that started the nameplate – the classic ‘Hakosuka’. That nickname refers to both the car’s styling – ‘hako’ means ‘box’ – and an abbreviation of the Japanese pronunciation of Skyline.

The car itself featured a gloriously sonorous 2-litre inline-six, with 161bhp at a heady 7000rpm. Unlike better known GT-Rs of later years, the PGC10 saloon GT-R of 1969 and KPGC10 coupe launched in 1971 sent power to the rear wheels alone.