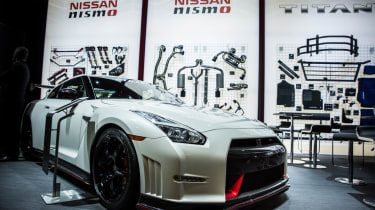 Nissan has added a Nismo N Attack pack to the optional extras list of the Nismo GT-R. The pack, which was revealed at the SEMA show in Las Vegas, is comprised of parts originally fitted to the GT-R Nismo N Attack – a model that set a blistering 7:08.679 Nürburgring lap time back in 2013 and spawned the Nismo that featured in evo’s 2014 Track Car of the Year.

On the upgrade list is suspension that's been tested on the 'Ring and optimised to cater for the varying challenges of road surfaces, full bucket seats and an exterior aero-kit including a fixed rear wing and front lip spoiler – which, when combined with other aerodynamic components, generate an extra 100kg of downforce at 186mph. 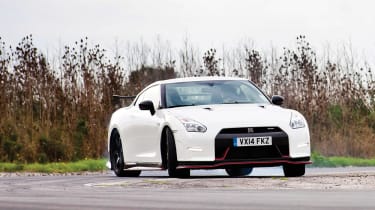 The full Nismo GT-R is an uncompromised track weapon. It’s not exactly light – the car weighs a hefty 1720kg – but its harshly sprung suspension and uprated engine help to hide the effects. Though it's a remarkably capable machine on track, on the road it can feel uncomfortably harsh.

It seems that Nissan has listened to feedback with the launch of the N Attack pack, which should help the car become slightly more forgiving on rough surfaces - it had to be in order to survive the undulations and bumps of the 'Ring. The results might also make it better suited to the UK's often bumpy roads.