Missed the race? Here's everything you need to know 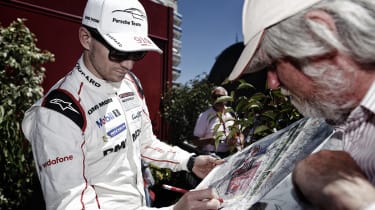 It promised to be a clash of unprecedented technology and brutal performance, but in the end it was the Porsches' overwhelming reliability, as much as their undoubted pace, that sealed their 17th victory – the first for the marque in 17 years.

The Audi R18 e-tron Quattro certainly had the speed to win. The lead number 7 entry of multiple champions Lotterer, Fässler and Treluyer smashed the all-time lap record on two occasions with the brilliant André Lotterer at the wheel. But problems, both of a technical nature and accidents, relegated the team to third, fourth and seventh positions.

The Porsches, by comparison, had a relatively uneventful race. The team experienced no real reliability issues, but it was the consistency of the team's third-string entry – the number 19 car of Nick Tandy, Nico Hülkenberg and Earl Bamber – that placed it ahead of its teammates. The red number 17 car took the lead from the number 18 car at the start, but incurred a minute penalty when Brendon Hartley overtook under a yellow, and the crew couldn’t recover that time. The number 18 Porsche lost more time with two separate excursions off the track, and the drivers of the black Porsche had to be content with fifth. 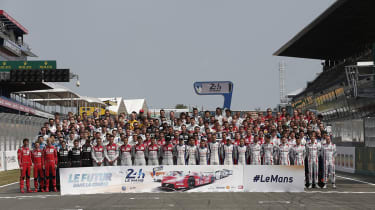 For Porsche it has been an emphatic victory. After reliability niggles in the first two rounds of the WEC season, the 919 Hybrid has proved it's the most complete endurance sports car of the moment, the significance of which will not be wasted by the company in the years ahead.

For defending champions Toyota it was a miserable weekend. Although its cars finished sixth and eighth, with no real dramas, neither entry was able to offer anything like the pace to challenge Porsche and Audi. After playing such a leading role in recent years that surely hurt. Nissan's new LMP1 program was beset by problems and way off the pace: the manufacturer has cultivated tremendous interest with its radical racer, but next year needs to be very different if the team is to deliver anything of substance. 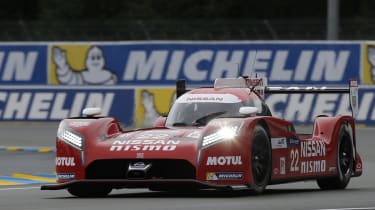 In LMP2, the KCMG team's Oreca-Nissan of Nicolas Lapierre, Richard Bradley and Matt Howson emerged as the clear winner, with Jota Sport mounting a remarkable comeback to finish second after mechanical issues in the early stages.

The battle for GTE Pro honours was perhaps the most closely fought of all. Aston Martin held the advantage early on, just as the Porsche effort was halved with a terminal engine fire in the number 92 911 RSR. But when the Aston Martin challenge wilted it became a straight fight between the sole Corvette C7.R of Oliver Gavin, Tommy Milner and Jordan Taylor, and the number 51 AF Corse Ferrari. When the 458 Italia slipped to third with late-race problems, behind its sister car, the way was clear for Corvette’s eighth class win at Le Mans.

In GTE Am there was more bad fortune for Aston Martin: having lead for most of the race, the number 98 car slammed into the barriers and retirement, with the class win then falling to the SMP Racing Ferrari of Andrea Bertolini, Victor Shaylar and Aleksei Basov.

With the official attendance listed as 263,500, the 2015 Le Mans 24-hour race has redefined sports car racing in its exciting new era. It may also herald the beginning of a new Porsche motorsport dynasty.