New bodywork, a new livery - this is the car in which Sébastien Loeb will challenge for Dakar honours 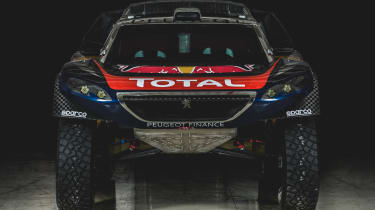 This is the vehicle in which Sébastien Loeb will hope to add a Dakar Rally victory to his nine WRC championships, Pikes Peak course record and six WTCC wins.

It’s the latest iteration of the Peugeot 2008 DKR, a purpose-build off-road vehicle designed to take on some of the world’s most challenging rallying terrain, across the wilds of Argentina and Bolivia.

The 2008 DKR made its Dakar debut in early 2015, but for 2016’s event – held in January – the car has been extensively revised to bolster the team’s challenge.

While it carries the 2008 name, there’s even less similarity between the road car and the DKR than there is between Mini’s Countryman and its Dakar-dominating ALL4 Racing vehicles.

Named 2008 DKR16 – the 16 a coincidental link to the 405 T16 that once won both the Paris-Dakar and Pikes Peak – the car now features new dimensions and improved weight distribution. The latter is thanks to relocation of the spare wheels in the sidepods, reducing the centre of gravity from their previous perch.

The livery is also new, highlighting changes made to the car – and the distinctive silver roof is a concession to reducing cabin temperatures on the fearsomely hot desert stages. 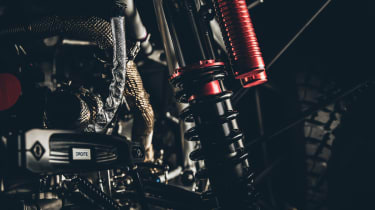 Loeb’s teammates on the rally include Stéphane Peterhansel, Cyril Despres and Carlos Sainz, all of whom boast extensive rallying and Dakar experience.

They’ll need it too – Mini’s ALL4 Racing has proved dominant for the past four years. evo experienced the car earlier this year, and marvelled at its ability to carry speed over rough terrain – something Loeb discovered when testing the 2008 DKR back in September.

‘In the WRC I have been used to going round obstacles,’ he remarked, ‘but with this car you can just drive straight over them, and it takes some time to have the confidence to believe it!’

Thanks to the Peugeot’s rear-wheel drive layout, that ability should be even greater in the Peugeot than it is in the four-wheel drive Mini – rulemakers allow two-wheel drive cars extra ground clearance to make up for their reduced traction.

Where Mini currently has the edge is reliability, with years of development to hone the car’s components for the tough terrain involved. If Peugeot can conquer that, then Loeb will have a solid platform to help him add to his spectacular collection of silverware.