We drive the 197bhp turbo version of the Peugeot RCZ. Is it a drivers' car? 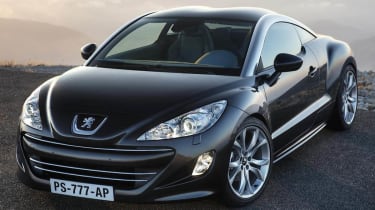 What is it?The Peugeot RCZ is the French company’s TT - a brand new coupe built to give the firm’s image a boost and show that it still has its flair for design and dynamics. It’s the 2007 Frankfurt concept car made real, in just two years, and it’s turned out better looking, too.  Technical highlights?Finally, Peugeot has released its own, high power version of the 1.6-litre turbocharged ‘four’ jointly developed with Mini/BMW. The range-topping 197bhp engine has direct injection, variable inlet and exhaust valve timing and a twin-scroll turbo, and delivers 206lb ft or torque from just 1770rpm. There’s a 156bhp version and a 163bhp diesel, too. The RCZ is reasonably light at 1270kg and uses a wider-track version of the ‘platform 2’ chassis seen on the 308 and others.  What’s it like to drive?The handling of the 197bhp petrol RCZ – which features some extra bracing – is exceptionally clean and precise, which sounds a bit dull if you’re a fan of traditional, fluid, tail-happy Peugeots. But although the front tyres do most of the work and the coupe’s balance is unwaveringly neutral, the front seems never to run out of grip, despite not having a limited slip diff or leaning on electronic traction control. And yet it rides with impressive suppleness and poise, being caught out only by big bumps and sharp ridges. The diesel is noticeably more nose-heavy and a bit joyless but it does suggest that the base petrol model, which shares the same chassis, will be good, clean fun.  How does it compare?It makes the base Audi TT feel a bit woolly (but not under-powered), and the base BMW Z4 laden with character but less able. Both those rivals look like the entry-level models they are, while all RCZs look top-of-the-range spangly. Closest rival is the Volkswagen Scirroco, which is vastly more practical as a four-seat coupe, because despite the RCZ’s gorgeous double-bubble roof/rear screen, its tiny rear seats are largely cosmetic. Anything else I need to know?The 156bhp petrol and 163bhp diesel models arrive in the UK first with the 197bhp petrol and autos following in the summer. Prices are keen, from £20,450 to £25,050.