Performance is strong, but lacks the headline figures one might see on top-tier Teslas

The Polestar 2’s performance is certainly all it needs to be to capture that impressive first impression of a well-endowed electric car. That is if they haven’t already driven a high-end Tesla. Like all electric cars, the acceleration is immediate and reassuring, even if it lacks the slightly unhinged feeling of a Model 3 Performance. On paper, it’ll reach 62mph in 4.7sec, and top out at 127mph (Polestar has decided not to enforce a 112mph speed limiter like Volvo has).

The mid-level Tesla Model 3 Dual Motor is slightly faster, with a 0-62mph time of 4.6sec, coming from comparable power and torque figures of 443bhp and 443lb ft, but is a fair chunk behind the headline Model 3 Performance, which knocks another 0.9sec off the 0-62mph time at just 3.7sec. 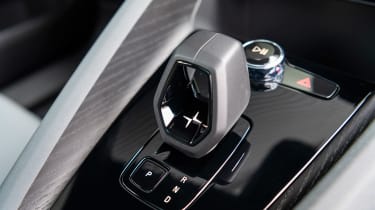 There are no performance-enhancing driver modes within the Polestar’s interfaces, although drivers can choose one of three levels of regenerative braking which vary between a Nissan Leaf-like one-pedal driving characteristic that will bring you to a complete stop, and right through to a coasting level that has no regen until you hit the brakes.

But while performance is impressive, it’s always measured and always under control. Even heavy throttle applications on broken surfaces don’t upset the Polestar 2’s composure, with seamless and trustworthy traction no matter the amount of throttle application. Put it into its ESP Sport mode, and it’ll allow even more liberal applications of power from all four wheels, revealing an even clearer window into the impressive balance that’s been engineered into the chassis. Much like a mechanically linked all-wheel-drive car such as an Audi or Subaru, power feels very diplomatically split between the two axles.