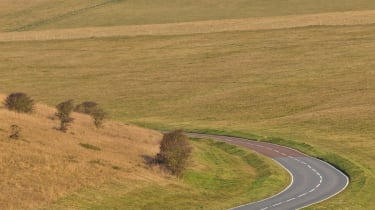 Let’s keep this simple. Budget: circa £50K. Temptation: Ferrari 360 Spider, red, 40,000 on the clock. Distraction: a brand new Porsche Boxster Spyder, white with black sidewinder stripes. Keys on table, which are you going to choose?

At first glance, this seems hopelessly one-sided. A pukka fresh-air Ferrari just two generations removed from the new 458 Italia has pull on an industrial scale. All right, the interior could easily belong to a car showing twice the mileage. And the brake light fuse blows every six months. But just look at the thing. You would. You know you would.

The sweet-handling mid-engined Boxster is fanciable but has always seemed way too sensible to eclipse the lure of a Ferrari. But perhaps not this one. The fact that the Spyder gets the more powerful engine from the Cayman S is incidental. Among the more radical gifts from Zuffenhausen’s department of fun include the aesthetic attitude of James Dean’s ill-fated 1950s ‘Little Bastard’ 550 Spyder, a raft of measures to pare, hone and sharpen, and a DIY hood that replaces the regular Boxster’s famously slick, powered foldaway number and would try the patience of a saint on tranquilisers. By Boxster standards it’s shockingly silly. But it might just be irresistibly cool, too: a little bastard with great manners. 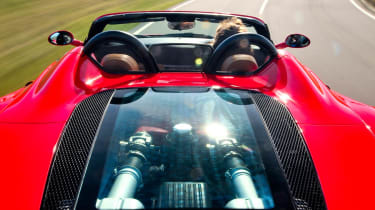 So here’s the question. Can a leaner, meaner, re-prioritised Boxster weave enough magic to extinguish the Ferrari dream? I’ve got the Porsche Spyder from my house in Whitstable to Beachy Head Road, winding through the undulating downs above Eastbourne, to form an initial impression, but the mouthwatering prospect of a lighter, harder Boxster (a sort of GT3 RS version) is going to give objectivity a hard time.

Few car makers know more about sucking weight out of a car than Porsche, and the Spyder weighs a useful 80 kilos less than the Boxster S at the kerb. In fact, at 1275kg, it’s currently the lightest car Porsche makes. Ditching the electric roof for the rudimentary fully detachable hood called ‘the Cap’ sounds like madness but the new carbon-framed weather-repelling arrangements weigh a paltry 11kg all told. The aluminium doors and long rear deck save another 18kg and the carbon-backed bucket seats 12kg. 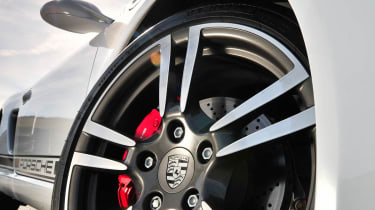 The new ten-spoke rims are the lightest 19-inchers Porsche makes, and the shallower side windows weigh less than the standard items as well. The rear boot’s gone for a burton, limiting the amount of weight that can be added. Stuff can still be stowed in a small well just behind the engine, but you have to lift the entire rear deck to get at it, and with the detached hood occupying the space there’s no room for anything else.

Things look a little more familiar inside. And perplexing. The red fabric door pulls, untrimmed body-colour transmission tunnel and the absence of the cowl for the instrument clusters scream ‘obsessive weight-paring detail’ but on the other hand you get a decent sound system, air-con, cup holders and door pockets. In addition, our test car has the heavier leather Sports seats, a £2049 option. Which rather makes a nonsense of the door pulls, which are actually a right old faff to use too.