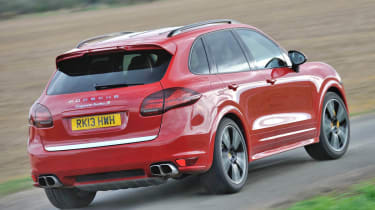 Porsche has announced its sales figures for May, and the numbers are pretty revealing about where the largest profits lie in its range. Those opposing the existence of the Panamera and Cayenne (the latter, especially, attracting flak from die-hard Porsche fans) surely can’t argue with the success of the two models.

Search Porsche Cayennes for sale from just £9kOut of 15,020 worldwide Porsche sales in May 2013 (a number that climbs 13 per cent over May 2012), 62 per cent of them were saloons or SUVs, with 3000 new 911s sold and a combined order total of 2805 for the Boxster and Cayman, a figure three times as high as its 2012 equivalent, doubtless thanks to the all-new versions of each car recently launched.

In total, Porsche sold 67,261 cars between January and May, split fairly equally between the three markets, Europe, America, and Asia/Africa/Middle East. The skew away from sports cars looks set to continue, too, with a sub-£40,000 SUV, the Macan, due in 2014.