Prodrive Legends will restore everything from Imprezas to Astons 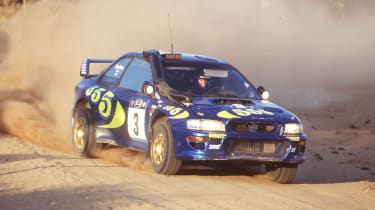 In-house factory restorations are becoming ever more popular, with brands such as Jaguar Land Rover, Brabus and Mazda all offering services to bring their classic vehicles back to life.

If you’ve got an old competition car though, things become trickier - unless that is your old race or rally car was built by Prodrive, as the famous motorsport constructor has opened a restoration service for its historic vehicles.

Called Prodrive Legends, the service has been created with the understanding that many of Prodrive’s past works are now appreciating classics and valuable historic competition vehicles.

With restorations now possible at Prodrive, the cars can continue to receive the same care and attention they had when they were first built. According to Paul Howarth, head of motorsport operations, ‘With the formation of Prodrive Legends, owners can now bring the cars home to the same company – and even many of the same people – who originally designed and built them and took them to multiple wins.’ 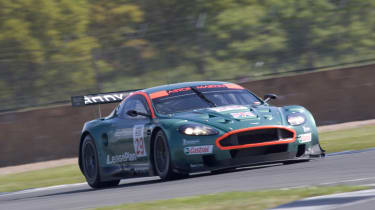 A significant proportion of Prodrive’s previous work was in the rallying scene, with more than 700 Subaru rally cars. While the majority of those were built to Group N regulations (making them hugely popular cars for drivers seeking to climb up the motorsport ladder), that number includes nearly 100 Group A Impreza and Legacy cars, and a remarkable 160 Impreza WRCs.

Not all of them will have survived the rigours of rallying, of course, but anyone who has been to a historic rallying event recently will have noticed a reasonable number of ex GpA and WRC Imprezas, so the market is clearly there. Similarly, Prodrive prepared nearly 40 E30 M3s back in the 1980s, and more recently, several Aston Martin racers - including almost 50 DB9s and 180 Vantages.

Other notable Prodrive-prepared cars include GT1-class Ferrari 550 GTSs (campaigned by, among others, Colin McRae), as well as the Ford Mondeo super tourers that dominated in the latter half of the BTCC’s super touring era, driven by the likes of Alain Menu, Anthony Reid and Rickard Rydell.

The benefits of having one of the aforementioned cars rebuilt by the people that built them originally are clear. Prodrive has access to all its old data and exclusive rights to certain parts, and has amassed a large number of contacts throughout the industry should rare components need to be rebuilt.

The restoration work will all be carried out at the firm’s headquarters in Banbury, and while Prodrive realises that some owners treat the cars more as investments than competition vehicles - understandable, given their value - Howarth notes that every car that leaves Prodrive Legends will be ‘turnkey and ready to run competitively’.