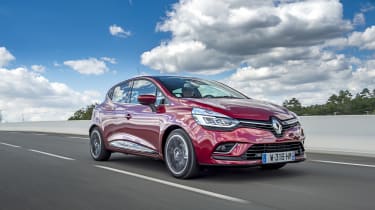 If you’re after blistering performance, the only model really worth having is the Clio Renault Sport 200 and the Renault Sport 220 Trophy. The former delivers a 0-62mph time of 6.7 seconds and a maximum speed of 143mph, while the Trophy's power increase cuts a tenth of a second from the 0-62mph sprint and adds 3mph to the top speed.

They're completely different animals to the rest of the range. Only the turbocharged, 1.2-litre TCe 120 petrol model is capable of dipping under the ten second mark over that benchmark acceleration measure, at nine seconds flat for the newly-introduced manual model or 9.2sec for the 'Efficient Dual Clutch' automatic. That figure looks fine on paper, but it's not the most enthusiastic of engines so there's little incentive to use the performance. 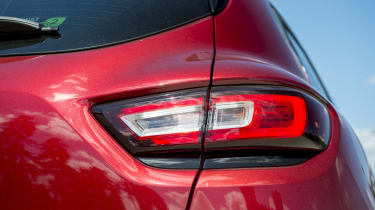 It's smooth enough - moreso than the three-cylinder turbocharged petrols that now proliferate in this class - but begins to lose its composure towards the upper reaches of the rev range.

Those completely uninterested in performance (you're still reading?...) may be interested to know that the entry-level 1.2 16v 75 model will eventually reach 62mph in 14.5 seconds and hit 103.8mph - presumably, the .8 is of great importance. Unsurprisingly, Renault is not expecting to sell many in the UK.