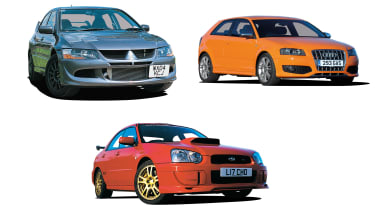 The ‘Blobeye’ Subaru Impreza (the first facelift of the second-generation Impreza) is from a time when UK Imprezas still had that inimitable deep-chested roar, which is almost reason enough to buy one.

Its fierce Japanese rival, the Mitsubishi Lancer Evo VIII, is based on the slightly larger, third generation of Lancer Evo bodyshell, but it’s still as completely driver-focused and hardcore as ever. There really has never been anything else quite like it.

Finally, the Audi S3 may be nothing like as authentic in terms of its driving and performance credentials, but it is far more likely to be accepted by your neighbours, friends and colleagues. Effective but dull? 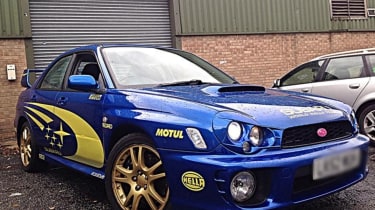 ‘I’d had a classic-shape Impreza Turbo prior to this one, and I thought I’d got them out of my system, but I couldn’t resist my current WRX STI when I saw it for sale. It has so much performance for the money, and the sound it makes is awesome. It’s not cheap to run, but I only use it at weekends.’ - Craig Jones

‘In its standard spec, this was the most robust engine that Subaru ever made, coupled to the strongest transmission. It was the last engine that ran a forged piston rather than the weaker, cast type. Just add a different turbocharger, injectors, fuel pump and exhaust and you’ll have a 400bhp-plus rocket that’ll run rings around most things on road and track. And values are on their way up for limited editions.’ - Olly Clark, rogerclarkmotorsport.co.uk

> Read our review of the Impreza's modern sibling, the WRX STI, here 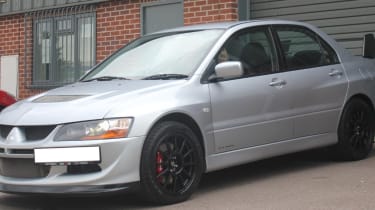 ‘I have such fond memories of my FQ-300 Evo VIII. It was just a really crazy car that happened to also be a practical four-door saloon with a decent boot. I couldn’t stop tinkering with it and it ended up with 400bhp – the acceleration was incredible, as was the handling. The frequent fuel stops and maintenance, less so.’ - David Wright

These have an active centre diff unlike the earlier cars and a six-speed ’box that can be notchy and isn’t quite as tough. Corrosion is also starting to appear on these cars now, but its severity depends on where the car has been kept. Look for corrosion on both the chassis and the active-yaw-control pump. The UK-spec FQ cars tend to be worth more, but actually the imports are usually better underneath.’ - Chris Marshall, autotorque.net

> Read our group test of the greatest Mitsubishi Evos here 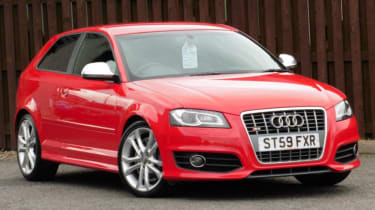 ‘My Audi S3 replaced a Mk5 Golf GTI. It seemed like the next step on, and the extra power was certainly nice. The S3 was a car that felt quick any time and anywhere, but to be honest I never really bonded with it. Funnily enough, I don’t think I enjoyed driving it as much as I did the GTI. It was just a quick, useable car.’ - Tom Ryan

‘As with all the cars running this high-powered version of the Volkswagen 2-litre four-cylinder engine, the S3’s high-pressure fuel pump can wear, along with the follower that drives it from the cam lobe. Check the general condition of the fuel and ignition system, and also look carefully for split diverter valves. Otherwise it’s just the general performance car things to check. They’re strong cars.’Kev Hall, revotechnik.com

> Read our review of the latest Audi S3 here

If you need a car for daily use, the S3 is for you. It’s not the most exciting of our trio but its usability, affordable running costs and subtle appearance give it a wider appeal than the more highly strung Japanese cars. Like the others, it offers big tuning potential, too.

We love an Evo at, er, evo, and their raw performance and unapologetic approach to taking apart a B-road is hard to resist. As a driving experience they’re up there with the best and few cars are better at putting you at the centre of the action than Mitsubishi’s homologation special. 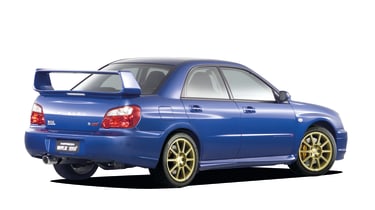 But… the original evo favourite, the Impreza, is the one. When new, the second-generation Impreza wasn’t much loved, but the STI version managed to deliver the same infectious performance that inspired a generation of enthusiasts. It’s our choice. - Stuart Gallagher