The Subaru BRZ S is a special edition coupe with STI upgrades, including sharper suspension and a new body kit 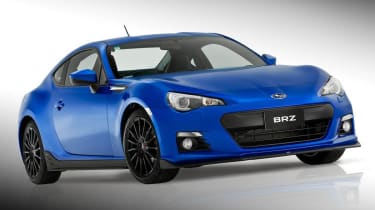 Subaru has introduced a souped-up version of the BRZ coupe with STI upgrades.

Known as the BRZ S, the car is being sold in the Australian market and features a sports package available for new buyers or as a retro-fit option for existing owners. For six-speed manual BRZs the package costs 7995 Australian dollars including installation (around £5000) while at 7195 dollars (£4500), it’s cheaper for the automatic version.

The BRZ S follows the precedent set by the 2012 BRZ STI Sports Kit concept, featuring uprated suspension components (including a flexible strut tower brace and lower coilover springs) along with a smattering of aesthetic tweaks.

The most noticeable additions include under-skirts at the front, sides and rear, a black bootlid spoiler, a new rear diffuser, some mean-looking 17in black alloy wheels and STI twin exhausts. The interior has also been treated to a few new toys, receiving a brand new gear lever adorned with a black ‘Duracon’ gear knob as well as an STI starter button.

The S shares the same options as the standard BRZ, including satnav, rear-view reversing camera and parking sensors at both ends.

Despite providing the option of adding STI components to the BRZ S, Subaru hasn’t endorsed any upgrade in terms of engine performance, to the despair of hardcore STI fans. As with the TRD version of its Toyota GT86 relation, it retains the standard 197bhp 2-litre flat-four boxer engine, driving the rear wheels and yielding a 7.6sec 0-62mph time.

To keep its customers’ appetites whetted, Subaru Australia has also announced the arrival of a 20th anniversary edition WRX, which is expected to arrive in the autmumn. This WRX will be limited to 300 units and will feature the classic WR Blue paint with 17in gold alloy wheels, as well as new seats, interior trim, and an STI front lip and rear spoiler. 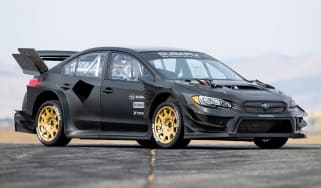