The Subaru WRX STI is back in Europe. Review and video of the sports saloon formerly known as Impreza here 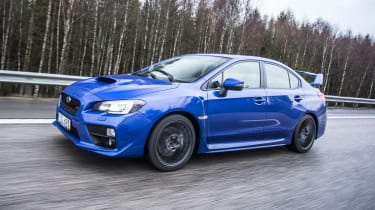 The new 2014 Subaru WRX STI (note that it’s still no longer an Impreza). The wheelbase is 25mm longer, the roof is 5mm lower, and the whole car is 15mm longer. The base of the A-pillars has also been moved forward by 200mm, which cleverly gives a slightly more rakish look to the exterior and yet a more spacious feeling to the interior. If you’re a traditionalist, then you can order it in WR Blue and with gold wheels if you wish.

The familiar Multi-mode centre differential is still in place with auto and manual settings, plus Auto, Auto+ and Auto– modes. The basic torque distribution is 50:50, but if you choose Auto+ it limits torque and increases stability in slippery conditions, while selecting Auto– allows more torque to be sent to the rear wheels.

The first thing you notice is the steering. Subarus have always had a less pointy front-end response compared to sharper Mitsubishi Evos, but the new WRX STI feels much keener to dive into corners, reacting as soon as you move the wheel from the straight ahead. It’s also a very weighty helm compared to most modern cars and imbues the STI with a sense of solidity that permeates through the whole driving experience.

As you might expect, there is a huge amount of grip, both in the corners and under acceleration, so it’s not the most adjustable car until you’re pushing extremely hard. The balance certainly felt more enjoyable in its Auto– setting and there is a robustness to the whole car that makes you want to fling it at corners and take cuts across the verge wherever you can.

The engine is essentially the same 2.5-litre Boxer four as the last generation and feels very similar, albeit with slightly improved throttle response. It’s not an engine that feels really pleasurable to wring the last few revs from, so instead you tend to lean on the heft of the turbocharged torque lower down. Although the 0-62mph time of 5.2 seconds isn’t really much to write home about these days, the WRX STI still feels very quick thanks to the punchy delivery of the engine and gearing that is pretty short.

Overall, the Subaru remains a very different experience to most of the cars on sale today. Refreshingly so, in many ways. It has a frankly rubbish interior, but there is an honesty to the controls and the way in which it drives that makes it very engaging. In short, it feels like it’s built by a subsidiary of Fuji Heavy Industries.

The most obvious four-wheel-drive rival is actually the excellent new Volkswagen Golf R. With 297bhp, 280lb ft of torque and a 0-62mph time of 5.1 seconds it has very similar figures to the Subaru. The good news for the Japanese car is that Yen exchange rates are now much more favourable than they were for the previous generation car and as a result the price has dropped by £4000 to £28,995, which is £1000 cheaper than the Golf R.

Just in case you didn’t notice, the new WRX STI has a frankly enormous rear wing. This comes as standard on UK cars (unlike the previous generation) and is actually so large that you can see straight underneath it when looking in the rear view mirror.

Pricing for Subaru’s latest STI, the S209 has been revealed - but it’s only for American consumption
Visit/subaru/wrx-sti/22129/subaru-motorsports-revives-iconic-blue-and-gold-livery 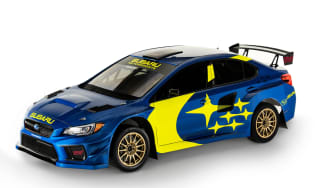 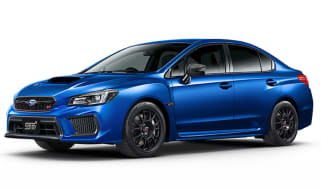 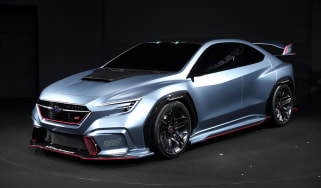 Does the VIZIV STI Concept preview a next generation replacement for the iconic Impreza WRX STI?
Advertisement
Visit/subaru/wrx-sti/20500/subaru-wrx-sti-final-edition-review-end-of-an-era-for-a-rally-legend 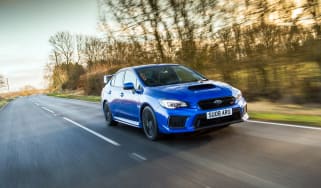 It can’t match modern rivals for sophistication, but the WRX Final Edition is a searingly fast saloon that’s packed with character
Visit/subaru/wrx-sti/20285/subaru-wrx-sti-final-edition-celebrates-the-end-of-the-uk-wrx-sti-for-now 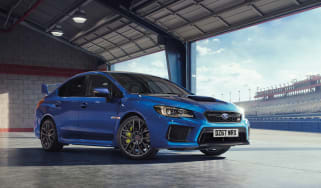 Limited to 150 units, the Subaru WRX STI Final Edition brings with it a subtle range of modifications
Visit/subaru/wrx-sti/20245/subaru-wrx-sti-s208-revealed-at-tokyo-motor-show 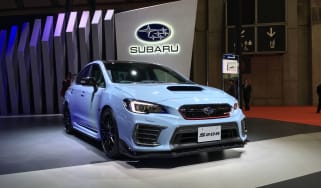 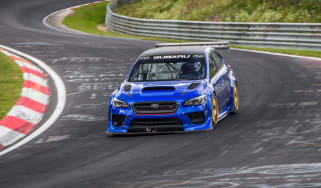 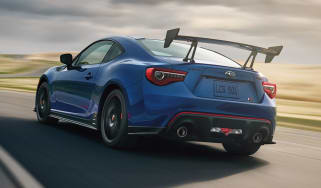 Sorry folks - the BRZ tS gets no STI tweaks to the engine, no extra power, and is bound only for the US
Visit/subaru/wrx-sti/19088/subaru-wrx-sti-makes-insane-run-down-olympic-bobsled-course 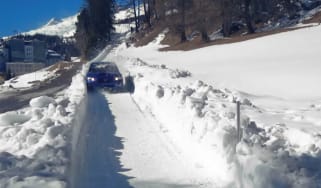 Piloted by rally driver Mark Higgins, the Subaru performed runs up and down the course
Advertisement
Visit/subaru/wrx-sti/18369/subaru-wrx-s4-ts-limited-edition-wrx-debuts-in-japan 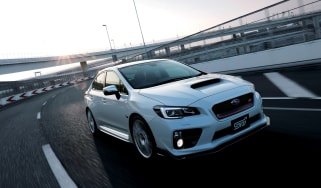 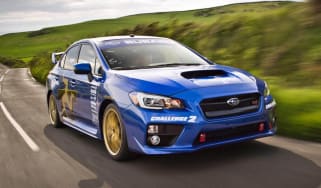 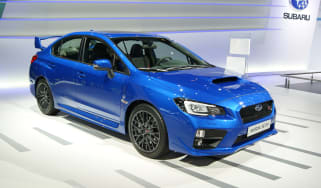 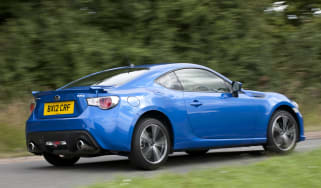 Subaru has slashed the price of the BRZ by £2500, ahead of the WRX STI going on sale. Details here
Visit/subaru/wrx-sti/13585/subaru-cross-sport-and-levorg-concepts 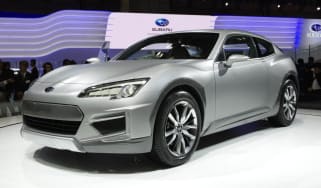 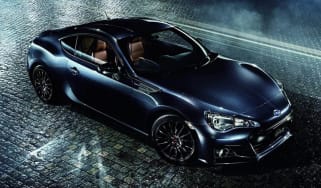 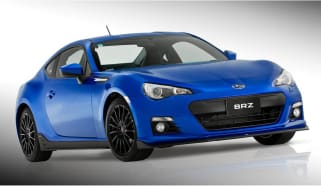 The Subaru BRZ S is a special edition coupe with STI upgrades, including sharper suspension and a new body kit
Visit/carreviews/evocarreviews/288775/2013_revolution_project_sti_nurburgring_review.html 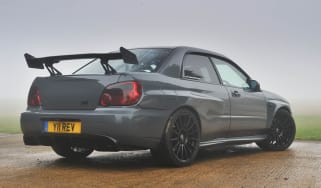 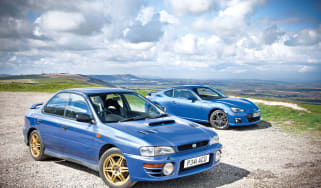 So is the move to natural aspiration and rear drive a step in the right direction for Subaru? Richard Meaden decides by driving the BRZ back-to-back w…
Visit/subaru/wrx-sti/12885/subaru-wrx-sti-leaves-uk 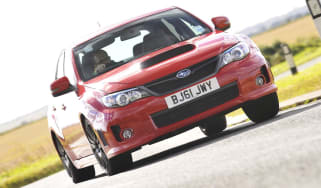 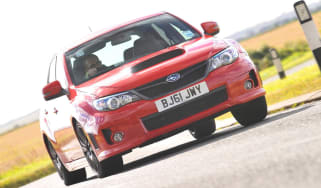 The Subaru WRX STI has enjoyed a substantial price cut, to £26,995, as well as a new 335bhp upgrade, driven here
Visit/subaru/wrx-sti/12707/subaru-slashes-wrx-sti-prices 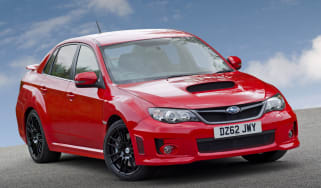 Subaru has cut the basic price of the WRX STI 'Impreza' to £26,995
Advertisement
Visit/subaru/wrx-sti/12479/subaru-brz-prices-and-specs-revealed 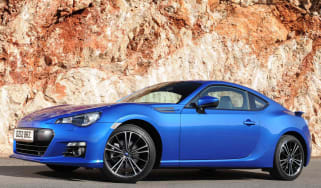 Subaru confirms prices and specs for its BRZ rear-drive coupe, and it's good news...
Visit/subaru/wrx-sti/12467/video-subaru-brz-1000-mile-road-trip 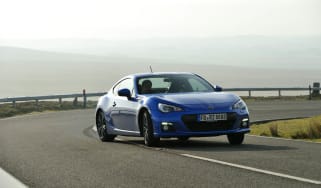 How to get to grips with one of 2012's most anticipated cars, the Subaru BRZ? Drive it the length of France. Video road trip here
Advertisement
Load More
Skip to HeaderSkip to Content