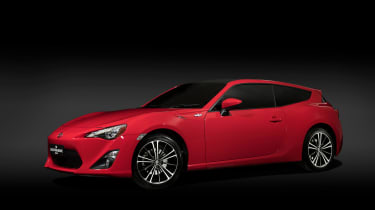 In the age of the internet, it’s become common for those handy with programs like Photoshop to create entirely new variants of popular cars, but the car you see here is very much real, despite its unusual form.

Toyota Australia has revealed a one-off Shooting Brake concept based on the GT86 coupe, giving a glimpse of what life might be like were Toyota’s sports car a little more practical.

The concept is the work of Toyota Australia’s design team while Toyota’s engineers back in Japan carried out the physical transformation from coupe to shooting brake.

The result is unusual to say the least, largely identical to the standard car until roughly the B-pillar and more or less the same below the shoulder line too. The teams decided not to change too much of the original vehicle, ‘only changing what was absolutely necessary.’ The benefits are better interior space in the back seats – not a strong point in the coupe – and a roof better suited for active lifestyles – think roof-mounted surfboards and the like. 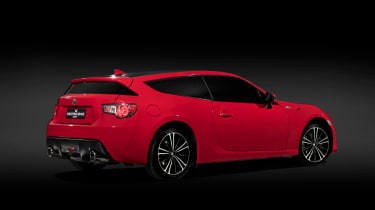 The side proportions have changed dramatically however, and there’s now a hint of Ferrari GTC4Lusso to the rising window line and falling roofline. Perhaps less palatable is a similarity to the Lexus CT 200h in the pinched rear window and glass that wraps around the C-pillar.

It is however a fully-functioning vehicle thanks to its basis in reality, with the same 2-litre flat four as its coupe sibling and a corresponding 197bhp (rather than the 202bhp of the just-updated GT86).

Working concept or not, production is extremely unlikely. ‘While we never say never, and I would love this concept to become a production reality,’ explained GT86 chief engineer, Tetsuya Tada, ‘it is very much a concept that demonstrates the passion within Toyota for cars that are fun to drive.’

Tata-san adds that the concept drives much like the coupe, ‘with a slightly more neutral feel in tight corners.' You can read our full review of the Toyota GT86 here – albeit in coupe form.