Track driving masterclass: the art of driving on track explored 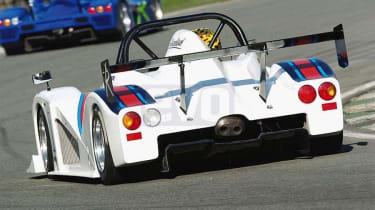 It’s an old one and I’ve used it many times, but driving on a track is much more a cerebral activity than a genital one. By that I mean you don’t need balls because like almost any physical activity, being more aggressive or simply trying harder will not make you faster or better. You need to employ the mind – consciously or not – and you need to feed that mind with knowledge. And as if to back that up, women invariably make better students of the track driving art because they are willing to listen and they don’t usually begin with anything to prove.

The most important thing is the desire to be a better driver. You must want the satisfaction that comes with greater skill and you must learn to recognise what constitutes better because it’s not always just about the lap times. I’ve seen so many people who couldn’t be bothered with information on offer from any source - all they wanted was the freedom from regulation available on a track and it is usually horrible to see. They roar up to a corner, smash the brakes and haul at the wheel – but not before they have rammed it down a gear and made the rear tyres judder and chirrup as the clutch came up. Then the car heels over as they dive far too early for the corner, front tyres peeling over, howling in protest as the driver winds the wheel ever further in an attempt to combat the understeer they have created.

These are in the main hopeless cases. They may not even profess to know it all, but they have no desire to learn. Some years ago I rode in a TVR with someone like this, unsure which of brakes, tyres, gearbox or Rover valvetrain would give out before we hit something. I asked him to pull over and let me drive, not something I normally do because it’s almost an admission of failure - the student should be doing as much driving as possible. I left it in fourth for most of the lap and braked early everywhere, gently squeezing on the power towards a late apex and using the TVR’s prodigious low down grunt rather than spinning the wheels in second. It was a six tenths effort that wouldn’t have spilt a cup of tea but it was at least as quick. “There,” I said, “don’t you think that’s better and easier on the car...” The curl to his lip suggested he was unimpressed. “I bet Ian Flux tries harder than that...” he said. 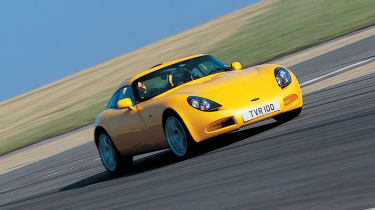 I felt there was no point in continuing with this one, but the effect of pressure or stress can have a similar effect on people who do want to learn. We have all experienced the frozen brain effect when something nasty happens, when you just sit there mind in neutral and completely unable to think what to do and then someone says afterwards, why didn’t you just...

These are examples of the need to keep spare brain capacity in order to think about what you are doing while you are doing it, and for the race driver, to remember it all afterwards. This is all however, very much easier to say, than it is to do but it does get better with experience, and the familiarity which that breeds appears to free up space in the mind. Experience also enables you to recognise the potential for a situation that has happened before and know what to do about it, but you can speed up these processes a great deal by learning some basics which will help you teach yourself. I have always found that to be the key to instruction of any kind. The greater knowledge breeds a calm which frees capacity in the brain.

> Track days: everything you need to know

Just remember when you first learnt to do anything, how busy you were and how focussed on the task to the exclusion of anything else. Then having learnt, you found it almost became routine. Think how you drive for miles then can’t remember doing it because your conscious mind was full of what you were going to do when you got to work, or perhaps the row you just had with the beloved. Driving on a track is made more difficult still because of the potential danger, because it all happens quickly, and because it almost needs to go wrong in order to guide you to do it right next time. You have to recognise a condition in order to apply the correct cure. That said, the same initial caveat applies. Learn more about it and it will all happen more slowly.

• Mark Hales has been racing continuously since the 1980s, during which time he has won over 150 races and several national championships.