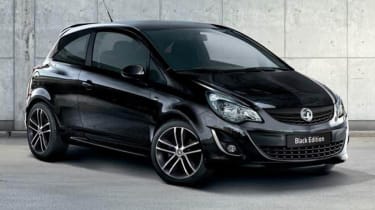 Vauxhall has released a new limited-run Corsa, the Black Edition. Powered by a new 1.4-litre turbocharged engine, it is one of the most powerful Corsas in the range. Producing 118bhp and 129lb ft of torque, the Corsa Black Edition betters the 99bhp Corsa SRi with a 9.7sec sprint to 62mph - down 2.2sec - and a 121mph top speed. Aided by standard stop-start technology, it will still achieve a claimed 51.4mpg and CO2 emissions of 129g/km. Styling tweaks for the Black Edition include front and rear spoilers, 17in alloy wheels and darkened head and tail lights, whilst inside it gets sports seats and pedals, silver seat stitching and matt chrome air vents to distinguish it from regular Corsas. Priced at £15,995 for the three-door and £16,425 for the five-door, Vauxhall is initially building only 500. Rivals include the Suzuki Swift Sport and Ford Fiesta Zetec S. 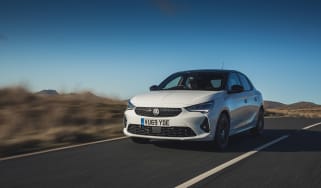