After an emissions-related hiatus, the VW Up GTI is back atop a refreshed Up range 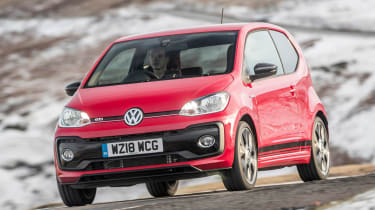 The Volkswagen Up GTI has returned to dealership order sheets after a sustained period off sale in the UK. Despite its popularity amongst both the press and punters, the Up GTI was another victim of WLTP-related emissions legislation that forced the model off-sale last year. Now though, the Up GTI is back, topping the updated Up range in both three- and five-door form.

Key power and performance numbers remain unchanged, with the same 113bhp turbocharged 1-litre petrol engine powering the front wheels via a six-speed manual transmission. 0-62mph is completed in an identical 8.8sec to the old car, while top speed is once again 122mph.

A somewhat bizarre turn of events does mean that despite its power figure nearly doubling that of all other VW Up models, it’s actually both the cleanest (120g/km of CO2) and most efficient (53.3mpg) in the petrol range. All other Up models make do with a 59bhp 1-litre three-cylinder engine, aside from the all-electric Volkswagen e-Up.

Unfortunately what has changed is the GTI’s price, which now sits within touching distance of the £16k mark at £15,895 for the basic three-door version (the five-door costs from £16,295), nearly £2000 more than it was upon its original launch in 2017.

The rest of the Up range is essentially as it was before, save for a new R-Line model that will sit beneath the GTI with bespoke front styling, 16-inch wheels and black styling elements inside and out.

As one of the few pint-sized hot hatchbacks still on sale, the reinvestment made by Volkswagen into the Up GTI is a great sign as we move into a time where legislation doesn’t favour either the hot hatchback or city car – let alone both. 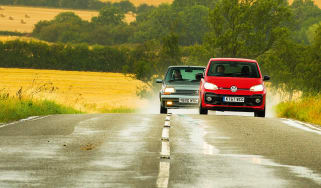 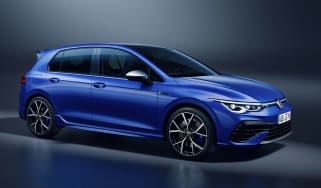 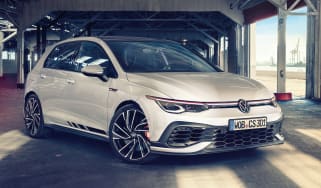