AC Cars has revealed the 580bhp Cobra 378 Superblower, powered by a GM V8. 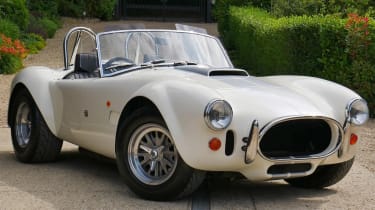 If the notion of an electrified AC Cobra took you aback when it was announced a few months ago, you’ll be glad to hear that AC cars has taken steps to restore the natural order of things with a V8 supercharged 378 Superblower version.

AC Cars, now run from Buckinghamshire, has confirmed that this third reproduction model will join the aforementioned EV and Ford Ecoboost powered four-cylinder models already announced. Like the other two variants, the Cobra 378 Superblower is an accurate continuation of the original Cobra, built on a tubular steel chassis with fibreglass body panels. AC has updated the handling package with a modern combination of coilover suspension front and rear on multilink axles, contemporary brakes and anti-roll bars.

The AC Cobra 378 Superblower isn’t totally without controversy though, as it doesn’t feature a Ford V8, but a superchrged 6.2-litre LS unit from General Motors. While the use of a GM engine doesn’t quite fit the Cobra’s historical narrative, its 580bhp peak power figure should be enough to make up for that.

The rest of the package is typical to an AC Cobra, with a heavily sculpted body that only just contains the 10-inch wide rear wheels. Due to the bespoke nature of each example, customers are able to have the Superblower built to their own specification in regards to colour and trim, with the interior finished in leather top to bottom. 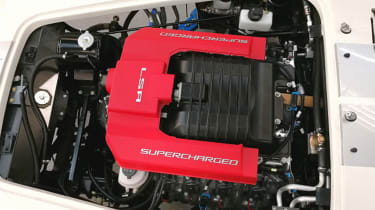 At £129,500, the new Cobra 378 Superblower isn’t inexpensive, siding up to modern sports cars like the Aston Martin Vantage in price and performance, but it’s hardly the money-no-object reproductions manufacturers like Jaguar Classic and Aston Martin Lagonda will charge for one of their new-old builds.

Given the model is built by AC Cars it is considered a genuine item, and will come with certification and ‘COB’ chassis number, ensuring it remains a cut above the numerous kit cars in the ether. 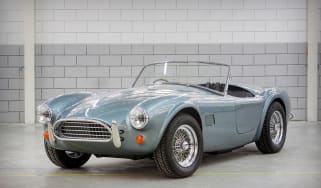