Think and drive: guide to improving your circuit driving technique

The importance of thinking as well as driving: steering, braking and gearshifting in isolation and more importantly, as a combined process 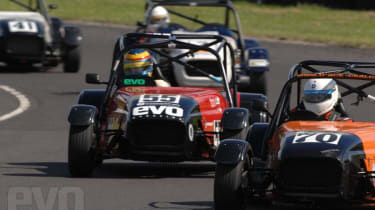 The decision where to place the car, when to attack, how to wrong foot an opponent, all of it done with the spare capacity that comes with the calm of experience. Now, it’s certainly true that the mind has everything to do with racecraft, but the calm of experience that allows you to do it... that too is a mental thing and like racecraft, it is not something which can be hoovered up as a whole, you have to do it bit by bit. You have to start with the basics, the most basic of which is the way the driver handles the car.

How you handle the car is where you start the driving process and there are three main ingredients; steering, braking and gearshifting, and what you do with one always has an effect on the other two so they are all part of an integrated process. To study them though, we will first have to look at them individually:

Steering is the first and most important and you can conduct a little experiment to prove it to yourself. Find a deserted car park or area of tarmac where there’s nothing to hit and no kerbs or bits of broken concrete or the like, and preferably with a wet surface to save the machinery a bit. Drive along at 30mph and knock the car into neutral. Then wind the wheel as fast as you can. It depends on the car but it is almost certain that it will head straight on, losing speed, then after a few yards will reluctantly start to turn. Now repeat the exercise and instead of frantically piling on the lock, just ease the wheel as if you were turning into your drive. The car will dive in the direction you point it with an alacrity so far removed from the time before that you might have fitted a different set of tyres. The difference is utterly startling.

Now in the cold and analytical armchair of life, this is something that almost every driver with any interest in the process knows only too well. But it is also true that half of them will use the former technique rather than the latter and it is because the thought processes are running more slowly than the events unfolding beneath the wheels, and the driver is trying to catch up. Steering is something that we will deal with in greater depth later in this series but for the moment, just think about the effects of the little demonstration and practise easing the wheel rather than jerking it. You should also be looking ahead up the road, rather than staring at the piece in front of you. This will feed the brain with information as to the nature of the corner and then it won’t come as a surprise. It will also feed the tyres with information, something which is fantastically important and which we will also return to later.

Next is braking and it is another thing you can research in the car park, but before you do, consider what happens when you press that middle pedal. The car is travelling forwards (hopefully) so when you retard the wheels, the weight goes forwards. More weight is effectively added to the front and this gives the front tyres more to deal with. But because the actual weight of the car hasn’t altered during the manoeuvre – it’s only the distribution – the effective amount that has been added to the front has to come from somewhere and it’s the rear. The rear tyres then have less to press them to the road. 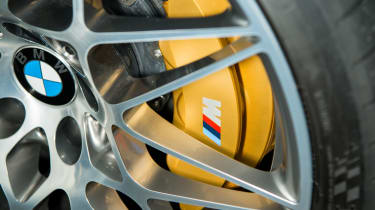 If adding weight to the front tyres is a bad thing then surely reducing weight at the rear is a good one because it gives the tyres less to do. Which is true, but less load also makes them more likely to lock which is the key thing. Conversely, more load at the front won’t necessarily lock the front wheels, but it gives a tyre more to do when it is about to be asked to steer the car.

Braking is the most difficult thing to do well in any car and yet another thing to be dealt with in greater depth, but for the moment, practice squeezing rather than stamping on them. Imagine there’s a soft-boiled egg on the pedal which you don’t want to burst. Any weight transfer that results from this and the way it makes itself felt via the layout and suspension geometry of the particular car will then happen more progressively and you stand a better chance of dealing with it.

Which leaves gear changing. Like the braking system, a modern transmission is now so vastly better than it was even 20 years ago that simply preserving it is less of an essential driving skill. Modern shifts are in general very light and positive and most will have a spring bias to guide the lever. Shift with fingertips and you won’t get the wrong hole because the box will do the work for you. Learn to heel and toe so the revs will be matched and the tyres won’t protest, but if you can’t – or the car needs some modification to suit your dainty plates – just be more considered about the shift. The time you take to do all this nicely will be more than compensated by the speed that comes from a settled car and an early application of power. 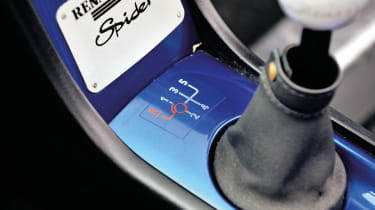