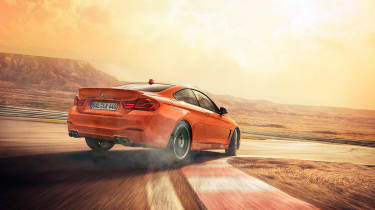 Alpina: a company you can rely on to offer something just a little more tasteful and a little more special than the BMWs it rebuilds to its own specification. A little more exclusive too, particularly with special-edition models like the new B4 S Biturbo Edition 99.

As the name might suggest, Alpina will produce just 99 examples of the Edition 99, for little other reason it seems than to celebrate its continued existence and to offer customers just a few extra colours and options than they might otherwise have available with the standard B4 S Biturbo.

> Click here for our review of the Alpina B4

Grigio Medio and Fire Orange are the two new shades, the latter a nod to Alpina’s early racing cars. Customers can take this a step further if they opt for a Heritage Design package, which colours the top half of the car in an Anthracite wrap and adds a set of 20-inch grey multi-spoke alloy wheels. 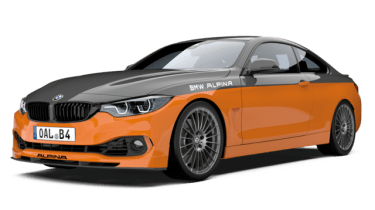 The classic Alpina blue, as well as Sapphire Black and Mineral White are also available, the other visual element being the option of Alpina’s ‘deco-set’ in either matte blue or matte black. Meanwhile 20-inch forged alloy wheels are standard, wrapped in Michelin Pilot Sport 4 tyres.

The coupe will also reach 190mph – the engineers at Buchloe have never much believed in electronic speed limiters. Transmission, meanwhile, is the usual ZF eight-speed automatic, though Alpina’s ‘Switch-Tronic’ manual gear selection is handled by CNC-machined matte black aluminium paddles in the Edition 99, rather than standard paddles in other models, or the embroidered switches on the steering wheel spokes of old. A mechanical limited-slip differential is optional. 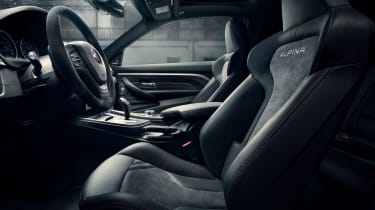 Adding to the performance, and the sound, is an Akrapovic titanium exhaust system, which also sheds 7kg from the B4’s kerb weight of 1615kg. Alpina sports suspension is standard, as are uprated bushes and anti-roll bars, and body reinforcements at both ends to stiffen the structure.

Inside there’s a pair of electrically adjustable ‘clubsport’ seats, trimmed in leather and Alcantara, materials also found throughout the cabin. Convertibles get a suitably extrovert selection of extra colours for the trim, including black, brown, beige, nutmeg and white. The finishing touch is a numbered plate depicting the car’s place in the limited run. 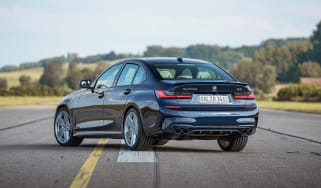