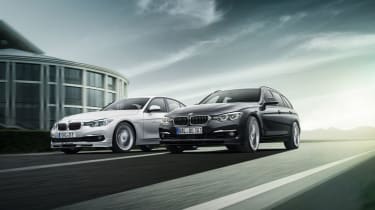 Alpina’s products have always been incredibly compelling. While less hardcore than their equivalents from BMW’s Motorsport division, Alpina is hardly short of racing history itself, while an emphasis on quiet luxury gives the firm’s road cars unique appeal.

And the one thing BMW M hasn’t yet built – some might say mercifully – is a diesel-powered vehicle. Alpina has, since the original D3 of 2005, and its latest product is set to be launched at the upcoming Frankfurt motor show.

The new Alpina D3 Bi-Turbo is a revision of the previous car, rather than an all-new model – and follows on from the lightly-revised 3-Series on sale soon.

Using a 3.0-litre, twin-turbocharged inline-six like that of the BMW 330d and 335d, Alpina’s fettling results in a 345bhp power output and a hefty 516lb ft torque peak, for seriously potent performance. 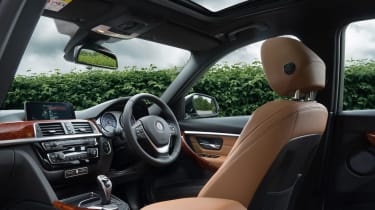 At the same time, combined fuel economy of 53.3mpg for the saloon and 52.3mpg for the estate means day-to-day running costs will be quite manageable.

Additional equipment such as cruise control, park distance control and a special storage package improve the ownership experience further, while exterior features take a leaf from the similarly-revised 3-Series.

That now includes LED headlights, as well as a pair of twin tailpipes at the rear, the usual aesthetic mix of deeper bumpers and side skirts, Alpina stripes and a set of multi-spoke alloy wheels finish things off nicely.

The 2015 Frankfurt motor show opens its doors to the press on September 15, and the public two days later. You can find a round-up of Frankfurt stories here.