Alongside its new DBX Crossover, the St Athan facility will also manufacture future Lagonda models, too 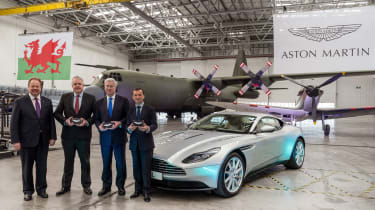 Aston Martin has laid out plans for its St Athan manufacturing facility in south Wales, including the intention to make it the centre of the brand’s expansion into electrified models like the incoming Rapide E and Lagonda products further down the line.

The factory is part of a £50million expansion for the brand and will kick off the marque’s production of electric models with the Rapide E in 2019; the DBX will follow later in the year. The next stage of Aston Martin’s future plans is the re-introduction of the Lagonda brand, which will also be based out of the Welsh facility.

> Read our review of the Aston Martin DBS Superleggera

The site for the new manufacturing plant was once used as a military hangar, but the Ministry of Defence has sold it directly to Aston Martin. Work began on the buildings in 2016 when the luxury manufacturer started building its reception areas, offices and employee restaurant. Priorities, Aston. 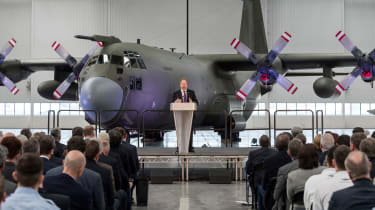 The new manufacturing plant has attracted a significant amount of political attention, and the ministers in charge of Wales encouraged Aston Martin to set up in St Athan because it will be a huge boost to the local economy and create a skilled work force in the area. Alun Cairns explained, ‘The St Athan site is springing back to life as a significant centre of employment, bringing with it valuable skills and a lasting legacy for the entire region.’

Carwyn Jones added, ‘Aston Martin is a major success story for Wales and I look forward to further building on our working partnership to bring maximum benefits for the economy and the reputation of Wales worldwide.’

40 Welsh workers are already being employed by Aston Martin in preparation for the opening of the new site in 2019 with a total of 750 people will be employed when production starts. Aston Martin also expects the new plant to create 1000 new jobs by 2020 while also generating a further 3000 in its supply chain and throughout the local businesses that support the factory.

Now that Aston Martin has officially taken over the site it can start to prepare the three huge hangers for their conversion into a ‘state-of-the-art’ manufacturing facility. As well as two building and assembly areas there will be a storage section, a paint shop, trim studio and an area for completed cars to be kept.

The St Athan site will produce the marque’s first ever SUV, the DBX. We’re yet to see what the final production car will look like. However a sketch released by Aston Martin suggests that it will look similar to the DBX concept shown at the 2015 Geneva motor show. 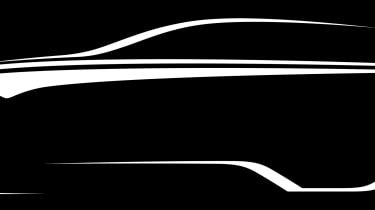