Auction house Girardo & Co. is set to offer one of the world’s finest collections of racing Lancias later this month 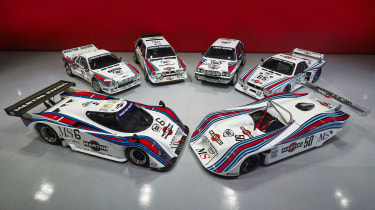 Founded by the man once responsible for RM Sotheby’s European operations, Max Girado, specialist car dealer Girardo & Co has been tasked with putting the world’s most complete collection of significant racing Lancias under the hammer later this year. The ‘Campion Collection’ will make its first public appearance at the Palm Beach Cavallino Classic in Florida, USA, on January 25-26.

Assembled by entrepreneur and racing driver John Campion, the collection comprises a number of iconic models that have become alumni of events such as Amelia Island Concours d’Elegance and The Quail in the US. As you can probably imagine, these cars aren’t expected to come cheap – the current combined estimate for all six sits at $7,500,000, or just under £6,000,000.

Among the cars on offer is the double World Rally-winning 1988 Lancia Delta HF Integrale 8V Group A, a model that saw in excess of 36 World Rally stage victories as a works Lancia Martini Racing entrant. Despite the use it’s had, a full restoration has brought it back to concours standard, returning it to the same specification in which it won the Rallye de Portugal.

Of course, a racing Lancia collection would not be complete without an 037, and so this one comes with a 1984 037 Rally Evo 2 Group B, one of just 20 in existence, and as with all of these cars it’s officially certified by the relevant manufacturer. 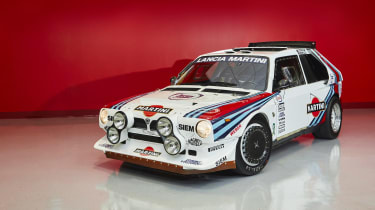 Another star of the set is the 1982 Lancia LC1 Group VI, a factory Le Mans 24 Hour Lancia Martini Racing entrant, one of just four examples built and a car that claimed victory at the 1982 Nürburgring 1000km.

The 1986 Rally 1000 Miglia-winning Delta S4 Corsa Group B also makes an appearance, a model that made its debut in testing ahead of the Monte Carlo and Swedish World Rally Championship events. Proving the high standard of these cars, this example was awarded ‘Best in Class’ at the Amelia Island Concours d’Elegance.

So, should you have £6million spare, it looks as if it’s time for an impromptu trip to Florida.