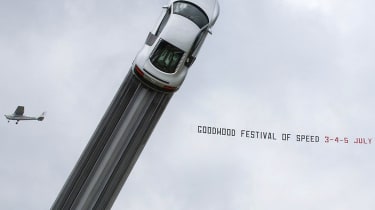 Audi has announced plans to celebrate its 100th birthday at this year’s Goodwood Festival of Speed with the centrepiece for the celebrations set to be an Audi-themed monument in front of Goodwood house. The plans also include a UK debut for the A1 concept car, the A5 Cabriolet, the TT RS and the R8 V10.

Along with the new road cars Audi will be showcasing iconic cars from its racing heritage. The R15 TDI that recently placed third at Le Mans as well as its more successful older brother, the Le Mans winning R10 TDI, will be on display alongside the Quattro rally cars and pre-war Auto Union ‘Silver Arrows’.

Goodwood Festival of Speed runs from 3-5 July and admission is by advance ticket only (Goodwood ticket Hotline +44 (0)1243 755055 or email booking@goodwood.co.uk).

Other Goodwood Festival of Speed attendees