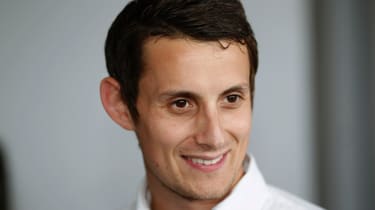 Britain’s Oliver Jarvis will replace the retiring Tom Kristensen at Audi’s factory Le Mans team for 2015. Jarvis leaves his role as Lexus RC-F Super GT driver to take part in his first full WEC season, having only previously finished third on two occasions at the prestigious 24 Hours of Le Mans round.

Jarvis, who turns 31 next month, will hope to halt the 2014 champions, Toyota’s Anthony Davidson and Sebastien Buemi, from another charge of the WEC for a second year running (read Anthony’s post season report here). 47-year-old Kristensen could only manage fourth in his final year, but does leave the sport as the most successful Le Mans competitor of all time. 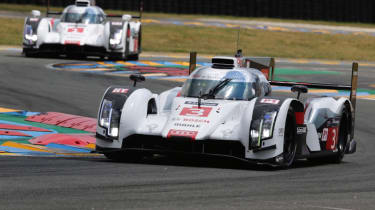 ‘I've got some big shoes to fill in replacing Tom, a nine-time winner at Le Mans and last year's world sportscar champion,’ says Jarvis. ‘But I look forward to rising to the challenge.’

‘I joined Audi in 2008 and raced in DTM but it was always my dream to compete at Le Mans which I fulfilled in 2012. But to now contest the full WEC championship and fight for a world title is just amazing and something I strived to achieve.’

Jarvis will first race with Audi in the 2015 WEC season alongside Loïc Duval and Lucas di Grassi at Silverstone on 12 April. Previous achievements include winning in class in the 2013 24 Hours of Daytona and winning two races through two years racing for Great Britain in A1GP.