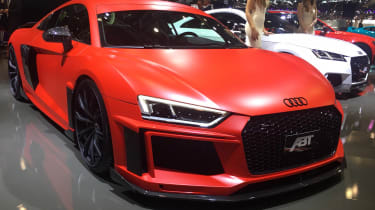 German Audi and VW tuning firm, Abt, will show four new cars on its stand at this year’s Geneva motor show. The quartet of cars will be a wild looking Audi R8, a 493bhp TT RS, the RS6+ and an SQ7 with an additional 84bhp.

Abt’s R8 is based on the 602bhp Plus model, however the Kempten based tuner has upped power slightly to 621bhp by improving the airflow to the engine and adding a new stainless steel exhaust system. The chassis has also been improved with a set of height adjustable coilovers and new anti-roll bars.

However, the big changes to the Abt R8 are the way it looks. The entire front bumper has been replaced by one with bigger, squarer cooling vents, a carbonfibre splitter and ducts to channel air down each side of the car. These fins are then replicated behind the front wheels and help vent air out of the front wheel wells. 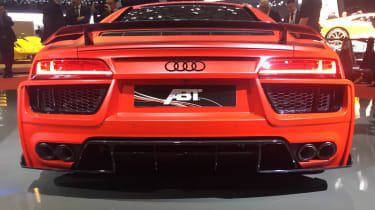 The rear bumper follows the same style as the new front, it looks bigger and bulkier than the standard car’s rump but also far more purposeful. The rear end is finished with carbonfibre rear diffuser which complements the front splitter and some carbon side skirts.

Underneath the glass engine cover Abt has replaced the plastic panel with an open carbonfibre item. Not only does it look more dramatic but it also helps cool the engine more effectively than the standard one.

A set of either 19- or 20-inch wheels finish off the Abt R8's looks. The exterior changes might not be to everyone’s taste there’s no denying they make the R8 look much more like its GT3 race car sibling. And if anyone has the credibility to make the road going R8 into GT3 lookalike then its Abt, which campaigned the old mid-engined supercar in GT races around the world.

Interior changes to the R8 are more subtle and include an Alcantara covered dash, Abt floor mats, entrance lights and a part-leather, part-carbonfibre steering wheel.

> Read our review of the Audi TT RS

The modifications Abt has made to the TT RS to justify its new title of RS-R are all about what’s under the skin. Yes, the car sports a set of dive planes, a splitter and some side skirts, but the RS-R now makes 500bhp and 420lb ft of torque. That’s 99bhp and 66lb ft more than the original car puts out. 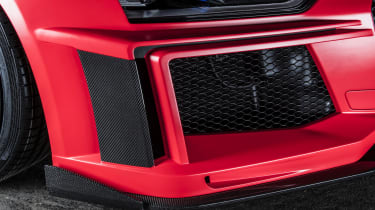 The power gains come from a change to the engine management system and a stainless steel exhaust system. Abt don’t change the car’s existing ECU, instead it adds a separate unit into the system that overrides the standard engine management. It can then be removed and re-added without making permanent changes to the standard car or the Abt unit.

The TT RS-R’s chassis has been tweaked, too. It rides on 20-inch wheels, lowering springs, sport dampers and new antiroll bars. Abt has limited the TT RS-R to just 50 cars.

> Read our review of the Audi RS6

Abt’s tweaked estate, the RS6+, has also been limited to 50 units. The turbocharged V8-powered Avant has been given an extra 99bhp, taking its power up to 695bhp and torque has been pushed up to 649lb ft. As well as the extra grunt, the RS6+ sports new wheels and some carbonfibre aero additions. 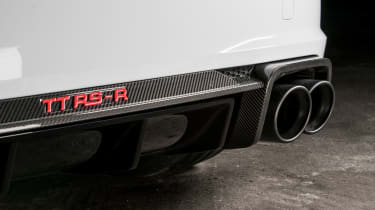 Finally there’s Abt’s SQ7 with 513bhp and 715lb ft or torque, a significant improvement over the standard output of the 4-litre diesel V8 of 429bhp and 664lb ft of torque.

> Read our review of the Audi SQ7

The Abt modifications also allow the air suspension to drop a further 20mm to lower the centre of gravity, and a sound control unit makes the engine sound even sportier when activated.

To match the rest of the cars that Abt will have on display at the motor show, the SQ7 gets new 22-inch wheels and a full complement of carbonfibre add-ons. 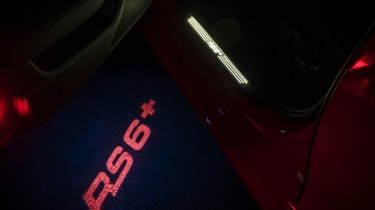