Audi Q7 review - lighter, more efficient and loaded with tech, but should you buy one? 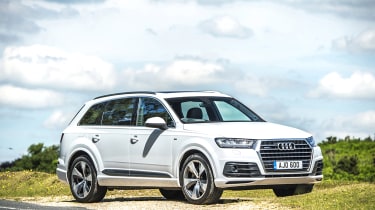 The Q7 surprised us. A feel some and engaging drive it is not, however it is reasonably quick, pleasingly precise and the body control is much more car-like than the old Q7. The ride is perhaps not as cosseting over small bumps as some might expect, but overall build quality and design (both inside and out) are everything you would expect from Audi.

The SQ7, although laden with all manner of technology to make it more agile is much like the rest of the range, just faster.

The new Q7 also provides an intriguing alternative to other SUVs on the market, because while it is undeniably huge, it doesn’t seem to tower quite so ostentatiously over everything in the same way that a Range Rover or Cayenne does.

Assuming you’re not buying the Q7 for its B-road abilities, you’re probably more interested in its economy and technology. On the former, the thriftiest model can be found on the basic 18in alloy wheel option and the least-powerful version of the 3.0 TDI, with 49.6mpg.

If it’s technologically you want, then the SQ7 is for you. It has a 4.0-litre, twin turbo, hot V, V8, diesel with by an electric compressor to quell turbo lag. Its chassis is aided by rear wheel steering, torque vectoring rear differential and an electrically assisted anti-roll bar. All of this technical support needs a 48 volt subsystem to power it, as well as a conventional 12 volt circuit to power the lights and entertainment.

As a rule we would always suggest looking to a large estate rather than an SUV, purely because they drive more engagingly. This is particularly the case with Audi, which produces both the incredibly fast RS6 Avant and the merely fast (but also more frugal) A6 Avant 3.0 TDi Biturbo.

However, there is a reason for buying the Q7 over either of these and it’s the seating situation. If you need seven seats or need the ability to fit three Isofix child seats in the car then the Q7’s third row of seats becomes invaluable. 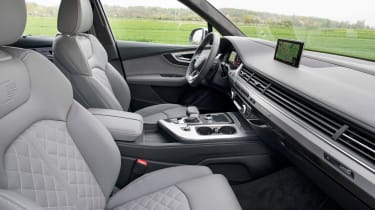 Ride and handling > Lighter weight also helps the Q7's dynamics, and it feels smaller than before too. Ride isn't as smooth as you'd expect, though. Read more about the Q7's ride and handling here.

Interior and tech > It's the usual here - a high-quality cabin with some interesting technological features, such as Audi's Virtual Cockpit. Outside, there's the option of Matrix LED headlights. Read more about the Q7's interior and tech here.

Design > The latest Q7's styling is a little more socially acceptable than the behemoth it replaces. It almost looks like it's from an entirely different market segment. Read more about the Q7's design here. 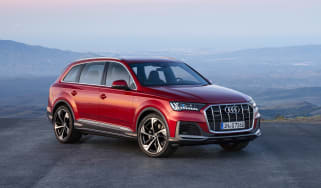 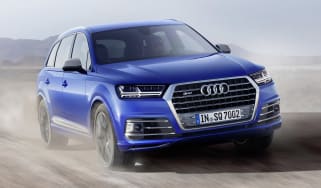 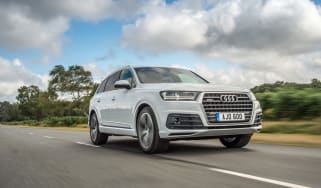 Better to drive and plenty of tech, but still behind rivals
Visit/audi/q7/16283/abt-sportsline-creates-tuner-look-audi-qs7 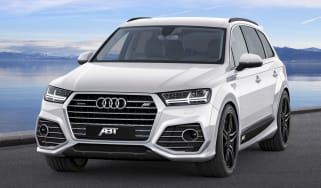 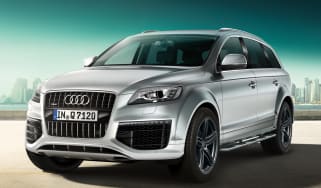