World’s most expensive BMW M1 up for sale 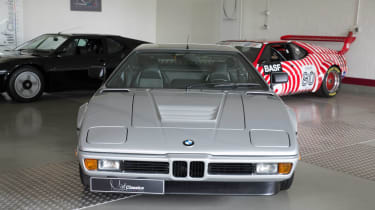 An incredibly rare and immaculate example of the BMW M1 is up for sale in Germany for £603,000 – close to double the value of most M1s on the market. The iconic supercar is one of just three painted in Polaris Silver and was originally commissioned by Formula 1 chief executive Bernie Ecclestone.

Advertised by Mint Classics of Münster, the car has covered just 17,500km (10,874 miles) since it was delivered in March 1981 in France. It features matching VIN, engine and gearbox numbers and comes in full, original specification inside and out.

BMW created the M1 as a homologation special to enable the company to go sports car racing in the late 1970s. The car’s sleek body and mid-engined layout confirm its competition intentions, but thanks to the FIA’s decision to change regulations in key sports car championships, the M1’s on-track presence was largely limited to BMW’s own ProCar series. 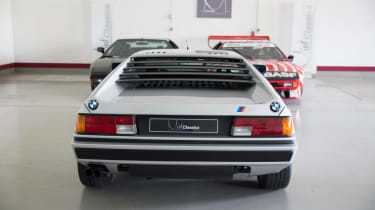 Just 433 road cars were created, powered by a 3453cc straight-six engine with individual throttle bodies, resulting in peak outputs of 272bhp and 243lb ft of torque, and enabling a 162mph top speed. Twenty racing versions of the M1 were also built, featuring a turbocharged version of the road car’s straight-six with power increased to as much as 850bhp.

Admittedly, you could buy close to six new BMW i8s for the price of this ex-Ecclestone M1. But while the new car points to the future for performance motoring, the older one comes from an era of legendary homologation specials. It also wears one of the most handsome bodies to ever make production, penned by Italian designer Giorgetto Giugiaro.