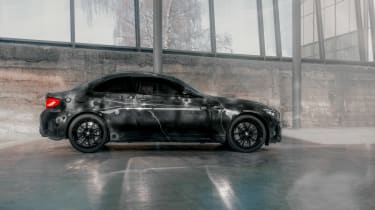 The BMW art car has been a signature of the brand since Alexander Calder applied his first brush stroke to a 3.0 CSL competition car in 1975, and since featuring the work of renowned 20th century artists such as Robert Rauschenberg, Andy Warhol and our own David Hockney. The one consistency beyond the canvas though was always the bespoke nature of each one, something that BMW is changing with its latest, North American commission by New York-based street artist Futura.

Working on a BMW M2 Competition, there will be a bespoke single model with a full-body paint job, as well as two limited-edition models with elements from the full art car that will be available in limited numbers. The two limited-edition cars will feature a black base coat, with bespoke painted graphics on the front and rear bumpers, skirts and interior trim decor along the dash.

This aesthetic builds on the gloss-black CS-style forged 19-inch alloy wheels, which are paired with the upgraded performance brake option signified by its silver calipers and adaptive LED headlights.

Inside, BMW has fitted an Alcantara finish to the steering wheel, while the standard sport seats now feature a two-tone finish in black and grey, with contrasting blue stitching and perforations. 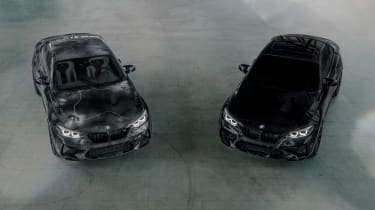 The full art car has been finished in a painted medium, differing from recent art cars from Jeff Koons and John Baldessari, which utilised digital artwork and printing to create the work, or most recently Cao Fei, who introduced digital augmented reality on his M6 GT3 in 2017.

The car will be revealed at Soho House in LA. Prices have not been confirmed. 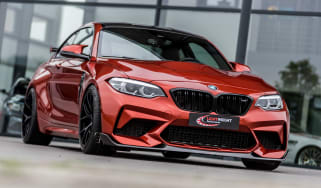