Video of BMW M3 GTS at the Nurburgring 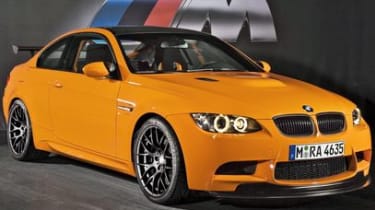 This is the new (and long awaited) BMW M3 GTS testing at the Nurburgring last week. It’s undisguised as obviously it has been shown to the world already and it doesn’t appear to be going flat out so we’re not quite sure what it was testing. Anyway, it still looks great and we can’t wait to drive it… eventually.

There are also a couple of other cars that I thought might be interesting to leave on the video – one has absolutely no business on the Nurburgring but shows the diversity of stuff that gets tested there (there was also a single cab VW Amarok circulating) the other is a Mercedes-Benz SLK prototype. There is actually another prototype following the SLK but I’m not sure what it is – answers on a postcard (or, more usefully, in the comments box at the bottom of this page).