Do you really need an X5? 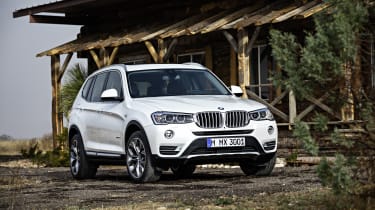 BMW has elected to run with an all-diesel line-up in the UK, so there’ll be no decadent, big-cube, petrol-powered X3 to snap-up for peanuts a few years from now. In fact, the range is rather narrow by BMW’s standards: at its core is the familiar 2-litre turbo-diesel engine, available in only 20d form (there is no longer an sDrive18d model, it being discontinued from sale in the UK back in August 2015).

Recently revised for the ‘LCI” facelift of 2014, it produces 187bhp at 4,000rpm and 295lb-ft of torque between 1,750-4,000rpm – the latter output suggesting that despite its limited displacement, it should make a decent job of lugging the X3’s 1,730kg around. This engine is available with either BMW’s six-speed manual gearbox, or the familiar ZF eight-speed automatic unit, with gearchange paddles mounted behind the steering wheel at additional cost. 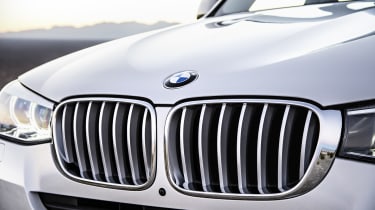