BMW X5 review - how does it compare to the Porsche Cayenne? - Design 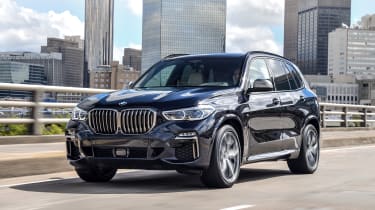 With some reservation about falling too sharply into the ‘design is subjective’ argument, it’s definitely clear that BMW is not playing coy with numerous design cues that have formed the backbone of BMW design for the past 80 years.

You might argue the same elements were messed with back in the Bangle days, but this new wave of design is not based on an intellectual, avant garde aesthetic, rather a more offensive one (in both senses). The sheer size doesn’t help, but it’s only really in comparison to the even bigger X7 that the X5 looks appropriate. In reality, very few large SUVs could be considered attractive, but the oversized kidney grille, fussy lower surfaces and wobbly surfacing do not help the new X5’s case. Its bold, dramatic and not entirely original adaptation of contemporary design trends without much sensitivity to its own history is a real shame in our eyes. 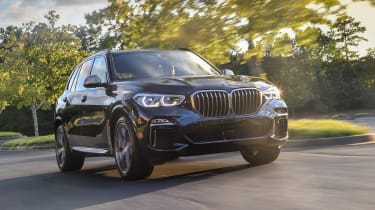 In its defence, the X5’s design will likely attract as many new buyers as turn them away, such is the SUV world we live in, but that still doesn’t make the grille any smaller.