The Gran Turismo game series is known for its huge car lists. evo picks some of our favourites... 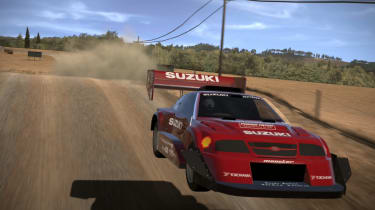 First launched in Japan in December 1997, few would have expected Gran Turismo to rise to the global gaming phenomenon it's since become.

Not only have six full titles passed since then (and several smaller games carrying the Gran Turismo legend), but collaborations between the gaming franchise, Sony and Nissan have seen the GT Academy turn gamers into professional racers - such as Le Mans drivers Lucas Ordóñez and Jann Mardenborough.

evo has covered the series since the very first issue, when we interviewed creator Kazunori Yamauchi. We spoke to him again in 2013, just as GT6 launched. The game has, at times, dominated office conversation and during the GT2 and GT3 era, it wasn't unknown for editorial staff to disappear for an hour and file away some laps on the gaming rig. Rather than filing copy.

We've even driven cars inspired by the game itself. In evo 80, we drove the bright yellow Nissan 350Z GT4 - a car celebrating both 35 years of Nissan's Z-car line and a reference to the fourth title in the Gran Turismo series.

The upshot is that many of us have our own Gran Turismo favourites, stretching right back to the very first game. Click through the gallery above and let us know if you agree with our choices - and what your own favourite Gran Turismo vehicle is.