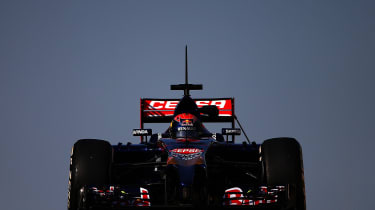 The subject of underpowered F1 cars has been trending in motorsport news of late. Team directors are reportedly pushing for a move to over 1000bhp.

With their turbocharged V6 power units producing around 750bhp, are current F1 cars just too easy to drive? Niki Lauda certainly thinks so, claiming that 18-year old rookie Max Verstappen shouldn't be able to lap so closely to the sport's most experienced drivers.

Despite sending significantly less power to their wheels than say, McLaren’s 903bhp P1, F1 cars are featherweights, enabling them to produce as much as 1300bhp per ton. Can we really call that underpowered?

To put our point into perspective, we’ve listed just seven of a long list of very fast road cars that fall substantially short of the mark set by F1. 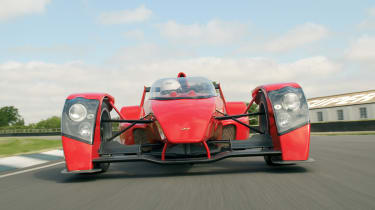 We labelled the T1 ‘as close as you can get to an F1 car for the road,’ yet still it falls short of the target power-to-weight by over 400bhp.

Gut wrenching acceleration and aero-influenced agility gave contributing editor David Vivian a good idea of what F1 power could be like, if the F1 car were driving around at about six tenths that is. 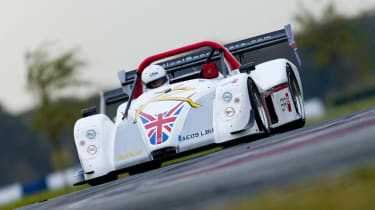 Radical’s V8 engined SR8LM is a proper racing car. It wears slick tyres and big wings, so it should give anyone behind the wheel a glimpse of the performance available from proper racing machinery.

Even so, its 2.8-litre Powertec engine can’t muster enough grunt to shove the racer around the track in anything near to F1 pace. Still, it was at least quick enough for us to end with ‘wow, it’s rapid’ in our 2009 Track car of the year test. 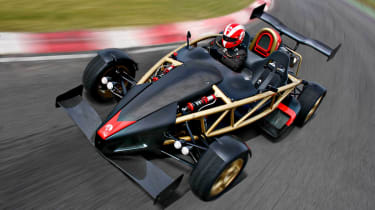 Ariel’s Atom is famous for its outright pace, but it's the V8 that ranks top in Ariel's fearsome line up.

But, you guessed it, that’s still not enough. Despite producing 1100bhp per ton, it’s 200bhp short of our target. The latest breed of F1 cars would leave the Atom for dead once their rear Pirelli slicks were able to bite into the asphalt. 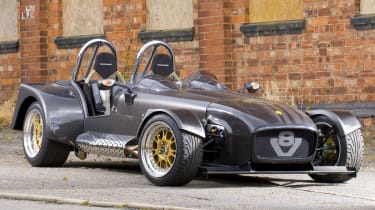 What about Caterham’s Levante? The Sussex carmaker fields cars in F1 itself, and this, its supercharged V8 Levante, produces no less than 550bhp.

Henry Catchpole labelled the car as ‘bonkers fast,’ with over 1000bhp per ton ensuring it felt so quick, that ‘even using half throttle you catch things up so quickly that you spend your entire time looking up exhaust pipes.’ 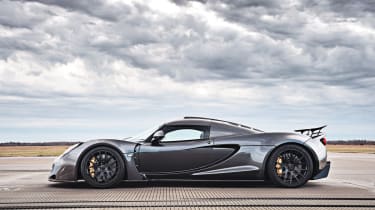 This world record holding car (its 270mph top speed was the fastest for a production car until the Koenigsegg One:1 landed) is frighteningly capable of reaching ridiculous speeds without even breaking a sweat.

Its top speed is some way above that of a Formula 1 car - most top out at less than 220mph on even the longest of straights, although this is heavily dictated by setup.

Even so, the Venom GT is still almost 300bhp short of F1 power-to-weight numbers. 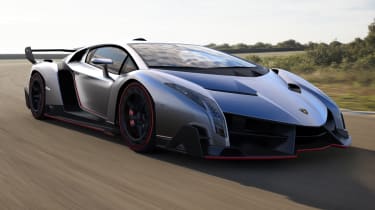 You could fit over four F1 engines inside the space taken up by the Lamborghini Veneno’s 6.5-litre V12. Its monstrous exterior is matched by savage performance, with 740bhp enabling a 0-60mph time of just 2.9sec.

But that 497bhp per ton power-to-weight ratio leaves it trailing by quite some margin on this list of mighty machines. 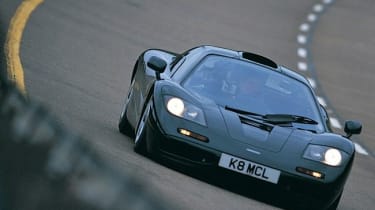 And just to really push the point home, the legendary McLaren F1, a car that is still regarded today as a ridiculously rapid machine, produces a mere 560bhp per ton. That's 740bhp less than Formula 1.