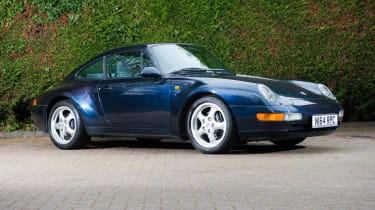 As the fuel prices rise, tax increases and the concept of the ‘open road’ becomes more difficult to believe, many drivers are turning to older performance cars to get their thrills.

The Restoration Show at the NEC in Birmingham on March 28 will celebrate older vehicles in various states of repair. It will also host the next Silverstone Auctions sale – we’ve picked a mixture of classics and modern classics from the sale that should make any journey a pleasure. 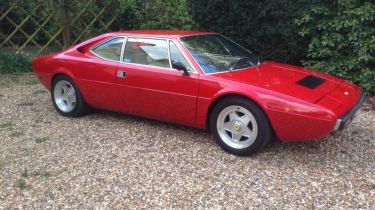 The Bertone-penned 308 GT4 ‘Dino’ is finally becoming accepted as a desirable classic Ferrari – and at the same time, quickly rising in value. Once one of the cheapest ways to put a Prancing Horse on the drive, this example is expected to make £30,000-£35,000 in the Restoration Show sale.

It’s got 65,000 miles on the clock, with bodywork still gleaming from a restoration in 1997. The 3.0-litre transversely-mounted V8 is believed to have been rebuilt in 1992. And those wedgy 1970s lines are looking better than ever, too.

Ferrari 308 GT4 for sale on Classic and Performance Car 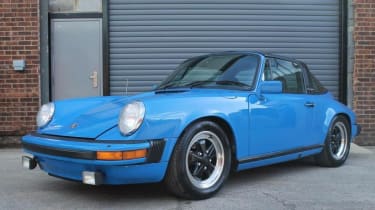 As an alternative to the Ferrari’s 70s and 80s excess, how about this 911 Targa? SCs were another car unfairly maligned until fairly recently – terms like ‘yuppie’ and allegations of red braces mercilessly accompanied any mention of a 1980s 911.

Yet now, they represent the archetypal 911 shape and 996 aside, still represent one of the more affordable avenues to 911 ownership. The Targa is increasingly cool too, partly thanks to the latest 991 Targa.

This SC is an American import but still features a 204bhp flat-six and has recently enjoyed a major refresh – respray, refurbished wheels and suspension, and more. It’s expected to reach £20,000-£25,000, though will need registering with the DLVA.

Porsche 911 SC Targa for sale on Classic and Performance Car

Another sign that old 911s are sound investments is this 1995 Porsche 993 also crossing the block. 993s have already passed their lowest mark and started to rise up the other side, and as the last aircooled 911s are a nice bridge between modern and classic Porsches.

This particular example features a Tiptronic gearbox – not the most desirable transmission, but one with its own fans – and wears midnight blue paint over grey leather.

There’s plenty of history, but the listing does state there’s ‘some scope for aesthetic improvements’, so read into that what you will…

Porsche 993 for sale on Classic and Performance Car 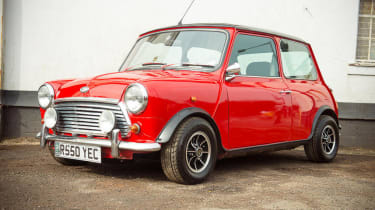 For a completely different kind of driving experience, how about one of the world’s most iconic cars? Mini might claim its cars share the go-kart responses of original Minis, but one drive in a classic example and you’ll realise there’s more than a hint of marketing speak to that. Old Minis dive into corners like little else.

This particular car features a 1275cc engine and started life as a display car in a German dealer. It has had three owners from new and features a twin tank conversion – perfect for boosting range for road trips.

It’s expected to fetch £8000-£10,000, which is significant wedge but not out of the ordinary for late Coopers and not bad considering the car’s relatively low mileage – just 17,300.

Rover Mini Cooper for sale on Classic and Performance Car 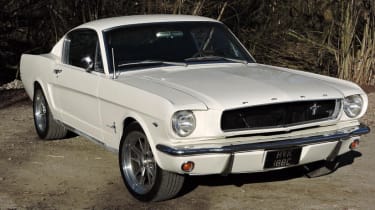 At the opposite end of the scale, here’s one of America’s most iconic vehicles. The Ford Mustang was launched in 1964 and became one of the world’s fastest-selling cars of all time.

This particular example has recently enjoyed an £8500 restoration. Under the hood there’s a Ford Motorsports 289 cubic inch engine with 10:1 compression and a host of other tweaks. A dyno sheet puts the car at 279bhp and 308lb ft of torque.

It has a manual transmission too, and a set of Flowmaster mufflers for that all-American V8 rumble. Fastbacks are another car going up in value – this one could reach £30,000-£35,000.

Ford Mustang for sale on Classic and Performance Car