The top five hot hatches of the 1980s

The beginnings of hot hatch fun 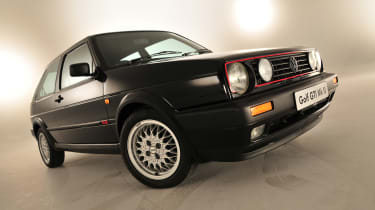 Given that hot hatches are going through a bit of a renaissance at the moment, we thought it only fair to look back at the greats that started it all.

Small, fast and lots of fun, these are our favourite hot hatches of the 1980s

The epitome of the classic, French, hot-hatch recipe: Papier-mâché panels, pert styling, sensational dynamics and humble oily bits, brewed together with a mysterious magic. Oh, and of course, blood red carpet. Fizzy, impish 1.6 arrived first in 1984, with initially just 105bhp and an infectious enthusiasm for steering via the rear axle. Later cars have 115bhp, but it’s the 1986-on big brother, the 130bhp 1.9, which became an object of fanatical devotion, whether you were an owner, cloner or joyrider. The GTI transformed the fortunes of ailing Peugeot, remaining in production for ten years; it has haunted the company ever since. 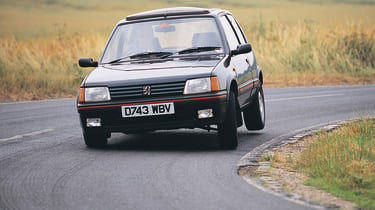 Turbocharging ‘early-adopters’ Renault had slackened jaws with the mid-engined 5 Turbo, snatching an emotional victory at the 1981 Monte Carlo rally from the ‘works’ Audi Quattros. The GT Turbo was a more conventional interpretation using the Supercinq. Compact, chic, the GTT was equally at home dashing between Parisian boutiques as it was dissecting the N85 between Grasse and Castellane. The ancient pushrod ‘four’ was given an almighty punt up the derrière by a Garrett T2 turbocharger, realising 120bhp and the kind of performance to make a 205 GTI 1.9 stall repeatedly in a sulk. Most lived fast, died young. It’s a gem. 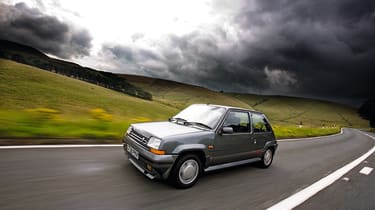 Handsome in a chiselled, Teutonic fashion, and hailing from an era when cars from the then-West Germany had an unbeatable aura of mechanical solidity, VW had their own blueprint on what constituted a good GTI. A larger, more mature vehicle than the French tearaways, the Golf countered its small deficit in madcap agility with other qualities such as strength, practicality and of course, sheer weight of brand appeal. It was the Golf that made ‘16v’ the new ‘Turbo’ when it came to must-have monikers, but debate has raged ever since as to whether eight valves or sixteen made the best road car.

The mk2 Astra GTE always had a strong motor. In 130bhp 8v form it went very nicely indeed, which partly compensated for less than inspiring handling. But it was the insertion of the Cosworth-developed 16v ‘Red Top’ into this most 80s of hot hatchery that made all the difference: here was a 2-litre, twin cam powerhouse with a colossal 150bhp. It laughed in the face of every other hot hatch, and with 0-60mph in around seven seconds, many other performance cars were also fair game. Wayward, unruly handling didn’t win magazine accolades, but when competition prepared nothing could touch it on rally stage or circuit, as tremendous success in both disciplines proved. 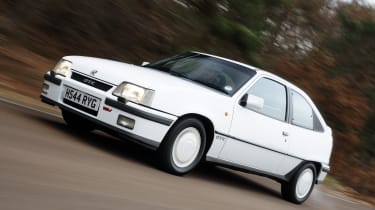 You can’t talk 80s hot hatches without mentioning a fast Ford. The Blue Oval’s offerings were rarely the most sophisticated, but that didn’t stop them winning significant market share. The public loved them, and few have garnered as much affection as the Series 1 Escort RS Turbo. A genuine homologation special, the sporting accoutrements of bodykit, alloys, stripes and two meaty spot lamps were somehow the perfect compliment to the crisp lines of the mk3 bodyshell, something the enigmatic RS1600i had already proved. With 132bhp from a blown CVH engine and a limited slip differential between the front wheels, the RST was quick, coarse and capable, with ensuing motorsport success. 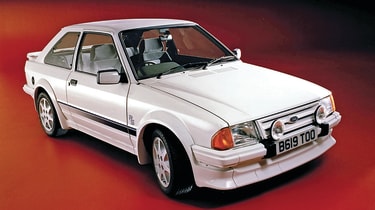