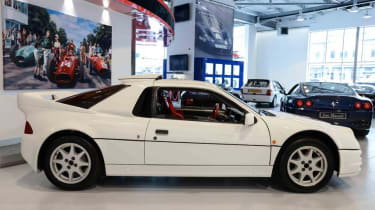 Earlier this week, World Rally Championship organisers revealed outline plans for the next generation of WRC cars, due to make their debut in 2017.

The new vehicles will have more power than the current cars, and feature belligerent bodywork aimed at making the cars more dramatic to look at.

With extra length and width to the body, it could give us some of the most dramatic rally cars since the Group B era. What it won’t give us are true homologation specials, such as those popular throughout Group B, Group A and earlier WRC regulations.

Of these, Group B is remembered most fondly – and for good reason. Manufacturers were required to produce just 200 cars for homologation purposes. In automotive terms, that’s a tiny number. Without the need to meet the needs of wide range of consumers, manufacturers designed some of the craziest vehicles ever seen in racing.

From the mid-engined, V6 Austin Metro 6R4 to the sleek, low-slung Lancia 037, Group B cars were as far removed from their base vehicles as a DTM car is from the common-or-garden C-Class or Audi A4.

But those cars bore at least loose resemblance to road cars in each manufacturer’s lineup; the Ford RS200 was quite unlike any Escort or similarly humble Ford. 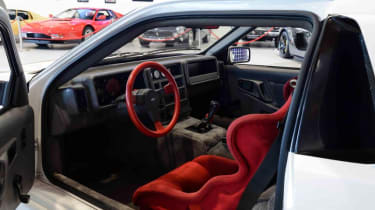 Like the 6R4, Ford chose a mid-mounted layout for the RS200. It also used a four-wheel drive layout, while the composite body was designed by Ghia and assembled by Reliant. Sitting behind the driver was a 1.8-litre, Cosworth-fettled four-pot. Its 250bhp arrived as the engine spun to 6500rpm, shortly after a 215lb ft crest in the torque curve at 4500-5000rpm.

Rally versions, naturally, produced a great deal more than that – about 200bhp more, in fact. Sadly, the death of Henri Toivonen and his co-driver Sergio Cresto at Corsica in 1986 marked the last of several incidents that brought about Group B’s downfall. The cars were too fast, too dangerous.

The RS200’s history lasted just two years, though the car was subsequently popular in rallycross, which became home, and grave, to many Group B legends.

The rate of attrition means examples like this RS200 at Joe Macari Performance Cars in Wandsworth (via Classic and Performance Car) are now very rare indeed.

They also command a healthy sum - £245,000 in this case – but with just 3650 miles on the odometer and in immaculate condition, it’s hard to disagree with such a price. These days, you’re more likely to see a rally-prepared RS200 than a road car too, so the premium can be explained on rarity value alone.

One thing is for sure – no 2017 WRC car will command quite as much respect as the RS200 and its Group B brethren.

> Find Ford RS200s for sale on Classic and Performance Car