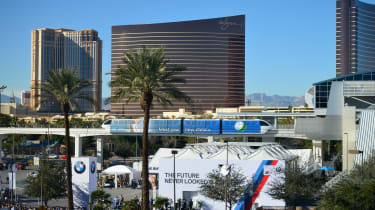 While the show has traditionally been about personal and home technology, the infiltration of technology into cars means an increasing number of car companies visit CES each year.

That’s certainly true of 2016’s event – below we preview what several major car companies are bringing to Las Vegas this year.

The four-ringed brand is remaining tight-lipped about its presentation at this year’s show, announcing only that it will ‘present its latest technologies and models in an exhibit space that is immersed in light’.

There will be a concept car at the show – as yet uncomfirmed – while infotainment technology will of course feature, as it will with all manufacturers demonstrating tech at CES. 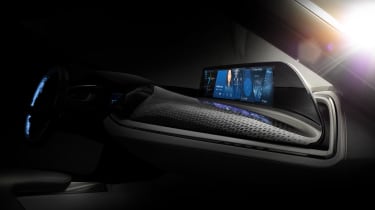 Audi’s Bavarian rival will scattergun 2016’s show with a range of technologies both present and future.

That starts with a look at how the BMW i3 electric car can be part of the ‘Internet of Things’, integrating with a driver’s home or personal electronic devices. That could take the form of remote parking, preconditioning their car (turning the heater on remotely on a cold morning, for instance) or scheduling charging while away from the vehicle.

The latest ConnectedDrive technology – as found in the new 7-series – will also be on display, while BMW promises a series of innovative technologies for urban environments.

Additionally, BMW will present what it calls ‘AirTouch’, which furthers the gesture control technology debuted by the 7-series at CES in 2015. Sensors record hand movements in three dimensions, operating functions on the large panoramic display of a new Vision Car concept.

Never heard of Faraday Future? We’re not surprised. While the company has been bubbling away for a few years now, it has yet to present a realistic interpretation of the electric car it’s currently developing.

That may change at CES. Faraday Future will reveal a concept inspired by the company’s ‘design and engineering vision’. This may not be a production-ready vehicle, but it should give us a clearer look at the company’s intentions.

So far, the firm has released only a cryptic teaser video (above), which only hints at a two-box silhouette. Could the company be the next Tesla Motors? Other carmakers at CES will no doubt be as intrigued as we are. 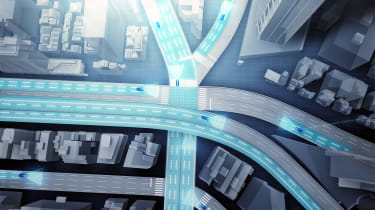 Rather ominously, Toyota plans to announce details on artificial intelligence research at this year’s CES.

The company will commit $1 billion to AI for ‘automobiles, robotics, and scientific discovery’ over the next five years, through its Toyota Research Institute offshoot.

Connected vehicle and telematics technologies will also be presented at the show - notably, a new high-precision system for generating maps based on road and GPS data.

Cars equipped with cameras scan the road ahead, feeding information back to data centres where it is pieced together to create ultra-detailed mapping information. As the data includes road markings, signs, kerbs, speed bumps and other road features, it's accurate enough to be used for future forays into autonomous vehicle technology.

With data fed from multiple vehicles, collection is both frequent and increasingly accurate - Toyota quotes a margin of error on a straight road of only 5cm. It's likely to feature in production cars by 2020. 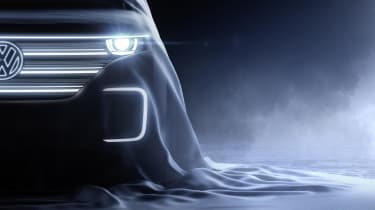 Volkswagen’s Type 2 – known by various names, including Bus, Microbus, Bulli and the colloquial ‘camper van’ – is not a typical evo vehicle, not least for its lack of performance.

It is however a cultural icon, and may have inspired Volkswagen’s latest concept vehicle, previewed at this year’s CES. Teaser images suggest a van-like form and the name ‘Budd-e’, while an electric powertrain is highly likely for the vehicle.

Electromobility will be a major feature of VW’s CES, following the finger-burning exercise its diesel program has become lately. Long-distance electric travel will be a part of that, while infotainment systems will also feature.