Is cloud mapping the next big thing in car tech? - evo Connectivity 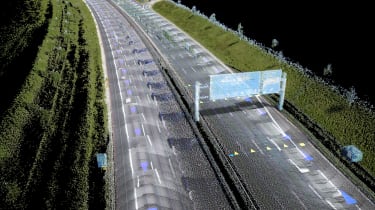 Facing a wide and very obviously impassable river in an unknown corner of a small Dutch village, I came to the conclusion the car’s built-in satellite navigation system perhaps wasn’t the most accurate or up-to-date I’d ever used. There might well have been a crossing there once – possibly at low tide, or more realistically by a small ferry – but there certainly wasn’t now.

With the technology currently under development by HERE, arriving at such dead-ends will one day become a thing of the past. Its HD Live Map system, unveiled at the Consumer Electronics Show in Las Vegas in early January, is being touted as the world’s most advanced cloud-based map asset commercially available for vehicles.

Its highest-profile application so far is that of Tesla Motors’ Autopilot system, as found in Model S saloons and Model X crossovers. Data gathered by every Tesla, on every road they traverse, is sent back to the cloud, to be disseminated among every other Tesla. Roads learned by one vehicle become the knowledge of another – a Model S in California will be intimately familiar with the M25, while that London-based car will know exactly the speed and position necessary to negotiate a tricky freeway off-ramp in San Francisco.

The eventual benefits of cloud-based mapping for autonomous vehicles are easy to grasp – but it could be useful for any driver on any road, no matter how familiar or unfamiliar the driver is with the car and the location.

HD Live Map relies on a vehicle’s sensors to gather data about the road and its surroundings. If a speed limit changes, for instance, this information can be relayed in advance to following vehicles – allowing the driver to make a decision, or for an autonomously driven vehicle to adjust its speed accordingly.

Likewise, information on lane closures can be used to help vehicles behind change lanes, or avoid the area completely. Should conditions change, information from vehicles will then update cloud-connected vehicles with the latest data. HERE describes it as ‘self-maintaining’.

Other companies are working on similar systems – in addition to Tesla, Google is the most notable, with its koala-faced autonomous pods now running in trials around California. Those pods, along with Google’s other test vehicles, are covering around three million cumulative miles every day – data from which can then be disseminated across its entire fleet, creating incredibly accurate mapping in addition to functional information from the cars themselves. 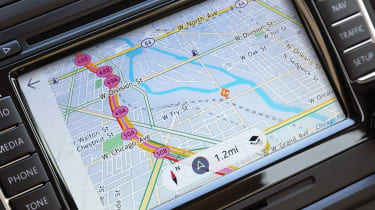 HERE, formerly Nokia’s mapping unit, is now owned by three rival German automotive powerhouses. BMW, Audi and Daimler jointly purchased the mapping service in December 2015 for 2.8billion euros – and in doing so prevented Google and Apple (also rumoured to be bidders) from owning the key information systems within the car.

But smart navigation, and the role it will play in autonomous driving, is the key reason for the purchase. BMW board member Ian Robertson told evo: ‘The digital map is fundamental to autonomous driving, and there are really only three mapping systems in the world: HERE, Google and TomTom.’

Robertson goes on to explain that HERE will remain open-source and that between the three manufacturers they will have access to over ten million cars for real-time updates, and this will have a greater ‘density to it for our information source’. Or, in other words, over ten million cars will capture and share real-time information – anonymously – thus creating a colossal data exchange on road and traffic conditions.

‘Current mapping systems are accurate to just under a metre,’ continues Robertson. ‘Fine for going from London to Brighton, but for autonomous you need to be accurate to less than a centimetre. For that you need a big step in the navigation architecture, but you also need updated information extremely quickly. So you can see how this is forming a fundamental part of our business going forward.

‘In the next five to seven years we will see more change than in the last 100. Digitisation affects everything we do. From the way we make cars to how the customer experiences cars. The enablement of the car at the centre of the digital world is the most exciting and most change-oriented project programme we’ve ever seen.’