Is engine downsizing finally falling out of fashion?

With new economy regulations on the horizon, will larger, more conventional engines once again make a comeback? 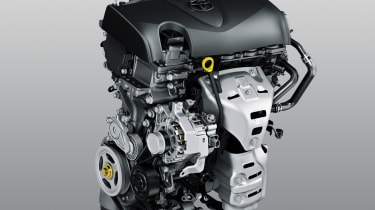 Make sure you're sitting down for this, but the Toyota Yaris is getting a bigger engine. Where once was a 1.33-litre four-cylinder unit, there will soon be a big-block 1.5-litre four.

But there's an important subtext to Toyota's changes, and it's one we may start to see more frequently in the coming years. Toyota has enacted this change not just to benefit performance and put some favourable numbers in the next Yaris brochure, but also to improve driveability, and real-world economy and emissions.

Economy and emissions particularly have been two major factors in the trend for "downsizing" we've experienced in the car industry over the past decade or so. The theory behind downsizing was sound: Reduce engine size and you reduce fuel use; attach a turbocharger to the engine, and you make up for the deficit in performance created by choosing a smaller engine.

In practice, it's worked less well. While published economy figures have been on the up for some time now, the real-world economy of many cars hasn't increased nearly so quickly. 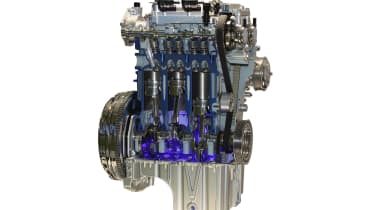 Testing procedures are mostly to blame, because straying even slightly from the ultra low-speed and low-revs methods used in official tests - as you need to, to get along at any sort of acceptable rate on real roads - and you wake up the turbochargers in these tiny engines, introducing more air and more fuel to go with it. At which point they behave much like the bigger engines they've replaced.

Only much of the time, in the sort of cars evo loves, in a less endearing manner. The latest Porsche 718 Boxster and Cayman are prime examples of this, trading their old 2.7- and 3.4-litre naturally-aspirated flat-six engines for 2- and 2.5-litre turbocharged flat-fours.

Performance has undoubtedly gone up, and even the lesser of the new four-pot engines has mighty mid-range performance. But then the old engines were hardly short of go. They also had even crisper responses, felt more refined, and sounded absolutely wonderful, where the new 718s sound a little too much like an old Beetle with a hole in the exhaust.

And they echo another trend for these engines: When evo road test editor Dan Prosser drove a 718 Cayman S for a recent group test, he noted that the car's lifetime fuel economy was under 20mpg. Press cars lead hard lives, but the old six-pots were certainly no worse, and delivered a more enthralling (and sophisticated-feeling) experience the rest of the time. 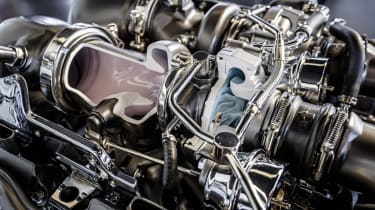 Mercedes-AMG's attempts at downsizing have been more successful - the 4-litre biturbo V8 found across the AMG range develops mighty performance and sounds pretty good too. But few would argue it's lost just a little character compared to its 6.2-litre, naturally-aspirated V8 predecessor.

Largely, such changes are made to meet new emissions regulations and economy targets. Extra performance is just a pleasant side-effect of the trend for smaller, turbocharged engines, so it's something of a joke that cars aren't delivering on their apparent gains.

> Read our full review of the Mazda MX-5 here

Mazda is one of very few manufacturers taking a different tack. Instead of downsizing, the company has a policy of "rightsizing" - essentially, using engines of appropriate size for the cars in which they'll be used. So you won't find a sub-1-litre three-pot in a Mazda 2 supermini, a 1.2-litre turbo in an MX-5, nor a highly-strung 1.6-litre turbo in a Mazda 6.

Yet you miss little - the engines are revvy, deliver good performance for their respective applications, and strong real-world economy. Simply refining conventional technology (and reducing weight) has delivered benefits - on popular economy-tracking site Fuelly, owners of the latest generation MX-5 are getting 6-8mpg more than their counterparts in the previous-generation car, while also benefitting from better performance. 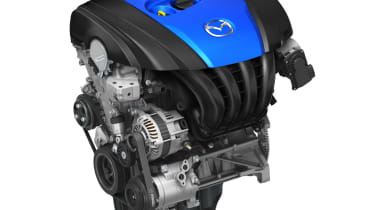 It's been built in anticipation of upcoming Real Driving Emissions requirements, which have been conceived to prevent situations like Volkswagen's "Dieselgate" scandal ever occuring again.

Cars will have to perform largely as well in real-world driving as they do in the lab, and without some significant changes, that may well rule out the downsized engines we've seen dominating in the industry in recent years. Instead, we're likely to see more manufacturers "rightsizing" like Mazda, and others taking the hybrid path, improving performance while being able to harvest and deploy energy to the benefit of efficiency.

It's perhaps too early to say whether all manufacturers will start achieving their performance and efficiency targets with larger, more appropriately-sized engines, but we won't shed too many tears when downsizing eventually dies.