From 80s Group B cars to modern hypercars, there's a host of real drivers' cars on offer 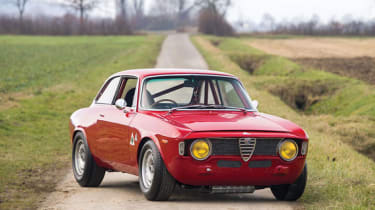 The Porsche 964 RSR with practically no miles under its belt and a red everything interior might have stolen all the headlines, but RM’s Villa Erba sale features a range of other equally tasty machines. Watch the auction live, above.

The sale is being held on the bank of Lake Como and coincides with the very exclusive Concorso d'Eleganza Villa d'Este, an event that attracts some of the most prestigious and sought after classic and concept cars in existence.

Alongside the exquisitely finished cars in the concourse are the cars up for auction. Don’t think that just because they aren’t in the show that the vehicles for sale are any less impressive though, there is a fine selection of outstanding drivers’ cars up for grabs, here are some our highlights.

One of the lots with the lowest estimated price is a 1965 Alfa Romeo Giulia Sprint GTA. This original GTA is fully trimmed out as a race car, but rather than having been converted to a competition car from an original road car – like most racing GTAs – this car was built in corsa (race) configuration from the beginning. As well as being a rare competition car, this GTA is a right-hand drive model, one of only 50 ever made. 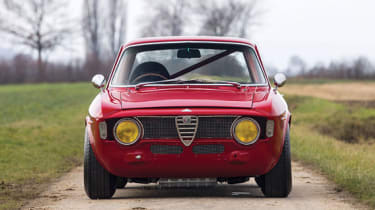 The GTA may be one of the cheapest offerings, but please remember this auction is being held next to one of the most high-profile concourse events in the world, so even the lowest prices being discussed are still incredibly high. This Alfa is expected to sell between £190,000 and £230,000 (€225,000 and €275,000). 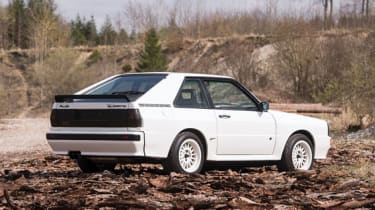 In the same vein as the homologation special GTA, just slightly more modern, are a pair of Group B rally cars, only these examples are road-going versions. The Lancia Delta S4 and Audi Sport Quattro that are in RM’s auction might not have quite the same ludicrous power figures and dangerously sparse interiors as the works rally cars, but their lack of stickers means you can really appreciate the extreme contorted shapes of each car's bodywork. And, with fully trimmed interiors and road tyres, each model looks like it could be used every day; if only we were so lucky. 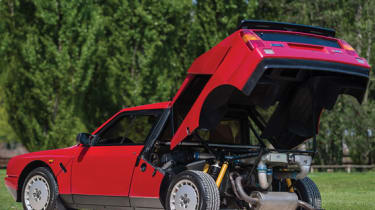 Moving up the lot list from the expensive into the stratospheric, we find a collection of super- and hypercars. The daddy of them all, the car that really set the template for all modern driver focussed supercars, and the one that makes the knees of most car enthusiasts go week, the Ferrari F40 is represented by a 1990 model with non-adjustable suspension and catalytic converters. That might not make it the most sought-after of F40s, but it is still an F40 so achingly desirable. It is expected to sell from between £715,000 and £800,000 (€850,000 and €950,000).

> See the Ferrari F40 take to some Alpine roads 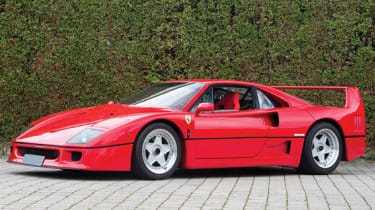 Its descendant, the 918 Spyder, is closer in concept to its rivals than the four-wheel drive flat-six powered four-seater 959 was. A ‘Weissach’ version of the 918 finished in a Arrow Blue (a special ‘paint to sample’ colour) will go under the hammer and is estimated to be only just a little more expensive than the 959 at £1m to £1.2m (€1.2m to €1.4m). 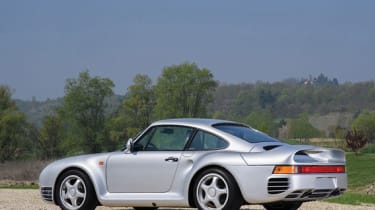 We'll be live streaming the RM Sotheby’s Villa Erba sale from 7pm on Saturday 27th May so call back then and see what kind of prices these prize lots reach....