Nurburgring Nordschleife – a history of the Green Hell 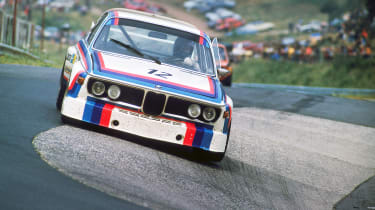 Foxhole, Flugplatz, Schwedenkreuz: once names imprinted via fear and adrenaline on the consciousness of any budding or professional racing driver plying their trade, these days they’re just as likely to spring from the mouths of teenagers, shaving a tenth or two off their lap time while duelling other gamers in the ether. Yes, it’s the Nürburgring, 90 years young this year and as vibrant now as it’s ever been; an object of over-hyped annoyance for some, the holiest of petrolhead destinations for others.

> What do evo legends John Barker and Colin Goodwin think about the Nurburgring? Click here to find out

But this is surely the greatest racing circuit on the planet, and any doubters are usually those who’ve – to borrow a famously bastardised phrase from a bumper sticker – ‘neverbeen’. It is a place that enchants, that gets under the skin of people to the extent that they devote all of their free time to being there. Some even uproot their entire lives to live locally amongst the green, rolling farmland and dense, dark forests. It’s a friendly but foreboding, intense sort of place, with an atmosphere that cloys to the skin. Expansive blue skies; ludicrously inclement scudding clouds; snow and ice – sometimes all within the same 24 hours. It is also a place of triumph, extraordinary human performance and, inevitably, tragedy, needless death and destruction, and lives scarred forever. There really is nowhere else quite like it. 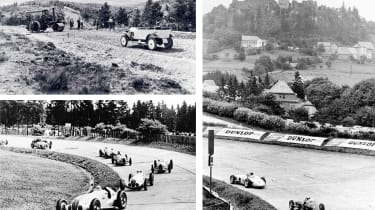 It’s impossible to imagine something like the Ring being built today. Mile after mile of unspoilt forest flattened so that noisy, smelly, internal combustion-powered cars can go as fast as possible – it’s enough to give a committed environmentalist a nervous breakdown. But attitudes were different in the mid-1920s, when local councillor Dr Otto Creuz saw the potential for Germany’s first purpose-built racing circuit and found support from both the ADAC (the German automobile club) and the mayor of nearby Cologne, the latter attracted by the prospect of employment in an area of economic deprivation.

Construction work began in September 1925, and at times up to 3000 people worked on this mammoth project. Originally in two parts – the 14.2-mile Nordschleife and 4.8-mile Sudschleife – the sheer scale of the circuit remains, to this day, hard to comprehend. Having two separate loops meant two races could be held at the same time, or both loops could be combined to create one 17.6-mile monster of a track. In this form there were over 170 corners on one lap.

Look back at photographs or footage of the Ring, even up to the late 1960s, and you’ll see something akin to the most challenging B-road imaginable. With a thin, bumpy, winding ribbon of asphalt stretching for mile after mile through the countryside, bordered by hedges, lush grass and thousands of trees, the Ring was a racetrack at one with nature. So it’s completely mind-boggling that F1 and WEC-equivalent cars of the period raced at full pelt there, and often in the most miserable of conditions. No wonder, then, it was a place where heroes shone the brightest: names such as Caracciola, Nuvolari, Ascari, Fangio, Stewart, Ickx, and many more. 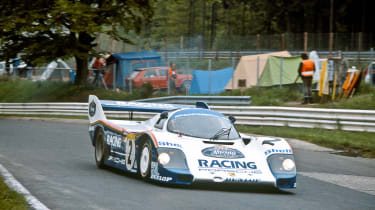 That classic Nürburgring ‘look’ changed as the 1970s dawned, when the elder statesman of Grand Prix racing circuits could no longer afford to offer a small box privet as an alternative to Armco. At huge expense the Ring was ‘modernised’, although all things are relative. The Grand Prix returned for 1971, and stayed until that fateful race of 1976, when Niki Lauda so nearly perished in the flaming remains of his Ferrari 312T2. Just a year earlier, he’d gone under seven minutes (on a longer lap than today’s circuit) to set the fastest ever Formula 1 qualifying lap there.

In the early 1980s, with F1 now long departed, a new, 2.8-mile Nürburgring GP track was built, demolishing the ‘South Loop’ and the wonderfully atmospheric original pit straight and buildings in the process. Just one last top-level event would be held on the Nordschleife, in 1983: the German round of the World Sports Prototype Championship, the WEC of its day. A young native, Stefan Bellof, was rapidly gaining a reputation for otherworldly speed in the factory Porsche team, and it was at the Ring that his talent was immortalised. His 6min 11.1sec lap in qualifying will probably never be bettered. 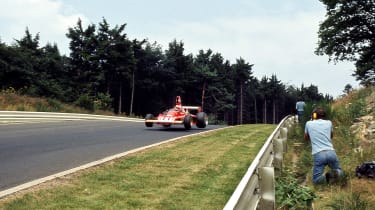 While the modern GP track (today 3.2 miles in length) has played its part in F1, sportscar and touring car history over the subsequent 34 years, the North Loop’s relegation from the front line of motorsport has not meant its demise: far from it. It has thrived, holding touring car races and its own championship, the VLN, with the centrepiece the fabled 24-hour race – a massive party in the forest for a quarter of a million people. It has also become the ultimate test track, a key element to any self-respecting car manufacturer’s development programme, and not just for the performance models. However, for the quick stuff, a good lap time has become a badge of honour, a powerful marketing tool and the ultimate one-upmanship over the closest rival. And just as it’s been for decades, Joe Public can still turn up with their own car and set out on those perilous but precious 12.9 miles – the ultimate adventure.

Anyone who has travelled to the Ring in recent years will have seen the ill-fated redevelopment, with its brash marketing and empty buildings; the track filed for bankruptcy off the back of it. Now under new ownership, its future is secured by millions of new fans who have experienced some of what the track offers in ever-increasing reality via a computer. But there’s nothing like actually going there, drinking in the atmosphere, hanging out with like-minded enthusiasts and, most of all, venturing out onto that awe-inspiring loop of tarmac. If you’ve ‘neverbeen’, make sure you put that right soon.